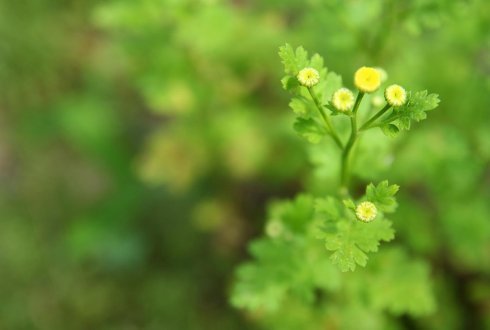 Parthenolide and Arglabin occurs naturally in plants, such as Tanacetum parthenium (Feverfew) and Artemisia glabella (smooth Wormwood) and show strong anti-cancer activity (Guzman et. al, Blood. 2005; 105(11): 4163–4169). Dimethylaminoparthenolide is currently in phase I clinical trials and Arglabin dimethylamino adduct is a registered antitumor substance in the Republic of Kazakhstan. The lack of water-solubility and bioavailability limits so far the potential of Parthenolide as a drug.

To solubilize Parthenolide and Arglabin, extra and intensive chemical steps are needed to develop dimethylaminoparthenolide or the Arglabin derivative (Arglabin dimethylamino adduct). The lack of knowledge on the last step in the biosynthesis pathway of Parthenolide and the largely unknown biosynthesis of Arglabin blocked up to now the potential to directly produce these compounds via biotechnological production platforms, based for example on micro-organisms.

Development of genetically modified plants and/or microbial production platforms for contained, continuous and direct production of the potentially anti-cancer compounds Parthenolide - in its water-soluble form - and Arglabin.

Development phase – laboratory tested. Yeast and plants were transformed with the genes and they successfully produced the target compounds.