Why does one livestock farmer choose to treat their animals against animal illnesses, while the other does not? It turns out that finances are only a part of what is considered. A better understanding of farmer behaviour can assist the government in creating more appropriate policies for managing animal illnesses.

It is often thought that a financial reward or penalty will compel farmers to cooperate with measures, such as those regarding the treatment of animal diseases. Research indicates that farmers do not always make decisions purely for economic reasons.

The behaviour is also dependent on different factors. Examples of these are risk aversion, fear of being unable to manage the animal disease, or pressure from others around them.

In a new study, she wants to make an overview of the driving factors behind behaviour that play a role in relation to different animal illnesses, so that the government can develop interventions that are more targeted.

An example is research that De Lauwere previously conducted into how dairy farmers address a viral illness that causes diarrhoea and general malaise in cattle (Bovine Virus Diarrhoea). In experiments, they tested the attitudes of farmers towards risk and uncertainty. They also asked farmers whether they would cooperate in a fictitious programme to prevent the virus if they were to receive a reward for it. Most farmers did want to, but 20% did not. 'It turned out that that group was not influenced by economic incentives. It also turned out that they were less fearful of uncertainty.' In an intervention, the government can respond to this accordingly.

De Lauwere feels that the importance of behaviour is increasing when it comes to livestock farming. 'Examples include the use of antibiotics, the recent fraud involving twin calves, and the attempted fertiliser fraud'.

She is working on behavioural research in the Living Lab on behavioural change along with Henk Hogeveen, Professor holding a personal chair in the Business Economics chair group at Wageningen University. 'The behaviour of livestock farmers is not always economically rational', he agrees. 'An example is farmers who cooperate on a subsidised vaccination programme not for financial reasons, but because the grant indicates to them that the government takes it seriously.' 'The Living Lab allows us to deepen our understanding', says Hogeveen. He and his colleagues from the university are joining De Lauwere in the critical thinking process. 'Thinking together with others simply works better than thinking by yourself.' 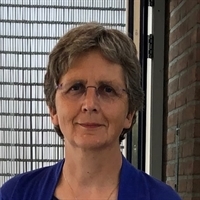 Do you have a question about the living lab? Ask our experts: dr.ir. CC (Caroline) de Lauwere
Contact form + Show more (1)

Living lab is a new research approach where we not only use a lab-environment, but where we test behavioural insights in a multi-disciplinairy way and in a 'real-life'-situation with 'real people'. WUR, for instance, uses this method for behavioural research on nutrition and climate change.
Twitter Whatsapp Linkedin Email
Menu