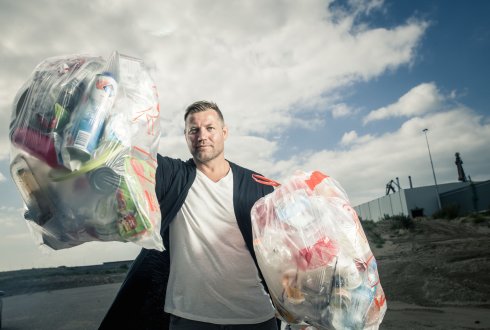 In the tv program 'F*** Off With Your Environment' researcher Jan Andries Franeker investigates how much plastic waste stomachs of Fulmars can contain.

The Dutch national television, on 14 Oct 2016, broadcasted the fourth part of a documentary of which the title is probably best translated as ‘F*** Off With Your Environment’. In this program, advocates and opponents of environmental actions are sent out together for first-hand experiences with environmental issues. This with the intention to contribute to better mutual understanding. The issue of ‘plastic soup’ and marine litter was illustrated by joining biologist Jan van Franeker on a beach survey, and by dissecting some dead Northern Fulmars in the laboratory of Wageningen Marine Research in Den Helder to study the stomach contents.