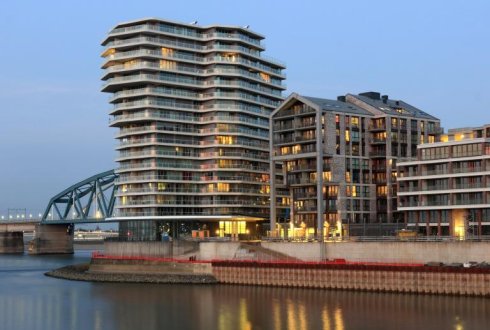 Countries in temperate zones are particularly susceptible to a range of climate change impacts: higher average temperatures, more extreme rainfall in shorter periods of time and longer periods of drought. Low-lying countries are also affected by rising sea-level. Some of these changes will be gradual, others more intense. The Netherlands are a classic example of a low-lying country in a temperate zone.

The 170,000 inhabitants of Nijmegen live in the oldest city in the Netherlands, alongside the iconic River Waal. At Nijmegen, the river bends sharply to the West, embracing the City and forming a bottleneck in the river. The last major floods of the City in 1993 and 1995 clearly showed the City's vulnerability. The floodplains of the River Waal are part of the European Natura2000 nature areas and need to develop into a robust connected network. The city expects population growth and needs to expand its built-up area, while maintaining the level of recreation, sports and cultural facilities.

In constant dialogue with the municipality, Wageningen University & Research sketched alternative spatial plans for the sharp inner band of the river. Each alternative integrates the City's challenges for population growth, safety against floods and nature expansion. The regional water board prohibited direct draining of the planned built-up area into the river, as this would only reinforce the risk of flooding. Therefore the chosen alternative plan optimally includes retention areas for water storage in the form of lakes with natural shores. These retention areas can also be used for recreational activities. The plan incorporates new transport routes across the river and differentiate between motorized connections and separate bicycle and pedestrian bridges.

Wageningen University & Research carried out these activities in cooperation with the municipality of Nijmegen.

The plan as co-designed has been realized and provides a living environment for 12.000, mainly young, families. The new neighbourhood is well-connected to the old town and has become a vibrant part of the City.  The water in the neighbourhood  is a popular destination for water sports, paddling, having a picnic and is often used as festival ground.

View examples of our research