Members of the public who record their observations of nature, which scientists then use. Or people who are concerned about the air quality in their neighbourhood and measure it themselves. These are examples of citizen science. According to researcher Marcel Pleijte, citizen science also contributes to social innovation and there are many opportunities for this within WUR.

A well-known example of citizen science in the Netherlands is the Natuurkalender, which was set up by Arnold van Vliet. Members of the public record their observations of nature and thus make a contribution to science. Recurring natural phenomena are recorded and analysed so that predictions can be made and information shared. Thirty organisations, 8000 volunteers and hundreds of schoolchildren contribute to the Natuurkalender, which is run by Wageningen Environmental Research. This kind of citizen science contributes to social innovation, says Marcel Pleijte, who studies the subject at Wageningen Environmental Research. Social innovation involves members of the public and researchers teaming up to devise solutions to social problems. ‘In the case of the Natuurkalender, the social innovation is the involvement of the public in nature and research,’ explains Pleijte. ‘The challenge here is to feed knowledge generated by citizens into science.’

Doing your own research

Members of the public can also undertake research themselves. ‘In a participatory society like the Netherlands, people are actually expected to gather information and engage in society on the basis of the knowledge they have acquired,’ says Pleijte. ‘Sometimes citizens’ understanding can conflict with that of scientists or the government. Citizen science ‘democratises’ and this strengthens the position of the general public with respect to knowledge institutions and governments. This is particularly so where citizens go about research in their own way, for example measuring urban air quality, noise or surface water quality themselves. Pleijte: ‘These measurements sometimes differ from the calculations done by governments and research institutes, which can prompt scientific debate about the methods, techniques and sources that are used. ’In this kind of citizen science, members of the public are in charge: they use the results to achieve their objective. Scientists put themselves at the service of the public. ‘The challenge here is to make scientists’ knowledge socially relevant.’’

Pleijte and his colleagues Rosalie van Dam and Roel During were asked by WUR to look at ways in which citizen science can contribute to social innovation, so they made an inventory of the opportunities and challenges. Pleijte believes there are many more ways in which Wageningen research can use citizen science to contribute to social innovation and social value creation. ‘Citizen science leads to new forms of connection and reciprocity between scientists and the public. It strengthens the public’s position vis-à-vis science.’ By participating in science, the public can build their trust in it and thus increase scientists’ credit. They become familiar with the rules of science and learn to build on them.

And the other way round too: researchers learn to deal with different co-existing ‘truths’. ‘Scientific discussions on data reliability and legitimacy are enriched because members of the public use different methods, techniques and sources.’ Social innovation often involves citizens taking the initiative on matters that are usually dealt with by the government. Researchers who do citizen science often have useful skills for this, like action research or the ability to facilitate change processes. 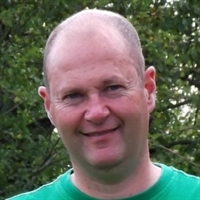