Meat consumption is on the rise, and the demand for meat is expected to increase due to the growing world population. But the production of meat requires much land, water and resources. Moreover, large-scale production of meat adversely affects animal welfare. In collaboration with the TU Delft, Wageningen University & Research (WUR) developed a new, sustainable generation of meat substitutes with a real meat-like texture.

Through a new technology known as Shear Cell, Wageningen researchers successfully made large chunks of plant-based meat without the use of additives. ‘It is difficult to convince people to eat vegetarian or vegan because changing people’s behaviour is a challenge’, says Jan Atze van der Groot, WUR professor of Food Process Technology and the founder of the new generation of plant-based meat. A plant-based product with the same texture and flavour as meat may offer a solution.

The meat substitutes currently available are mostly small slivers of meat that mimic chicken meat or minced meat. Sometimes they are stuck together to form a burger, but this process requires additives. With new technology, Shear Cell, Wageningen researchers have managed to produce large chunks of plant-based meat without the use of additives. Thus, they can make a plant-based steak or pork fillet.

Animal meat consists of muscle tissue, in which the fibres are all aligned in one direction. The Shear Cell technology mimics this effect: the machine entwines soya protein and gluten. ‘This creates a delicate fibre structure, comparable to that of a steak’, says Van der Groot. This is important for the sensation in the mouth. Moreover, the new method is cheaper and simpler than its predecessors. With the same energy input, the researchers produce ten times the amount of plant-based meat.

Meat substitutes are not just about flavour and texture. Consumers want the same experience. That is why researchers attempt to reach the same baking sensation, such as the sizzling of the ‘meat’ in the skillet, says Van der Groot. This is achieved by adding colourants and ingredients that melt or release water when heated. 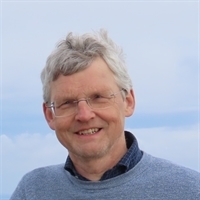 Tasty meat substitutes can contribute to a more sustainable food production. The Shear Cell technology enables researchers to produce large chunks of plant-based meat without the use of additives. Thus, a vegetarian steak or pork fillet can be made with the same flavour and texture as the real thing. The new technology is also cheaper and easier to use than previously used technology. The same energy input yields ten times the amount of plant-based meat.

Protein is an important part of our diet. However, it need not necessarily come from meat. WUR studies alternative protein-rich crops, new processing methods and also focuses on consumer behaviour and flavour experience. Wageningen research led to a spin-off in 2019: Rival Foods. This business collaborates with restaurant chefs.

Research on alternative sources of protein is co-funded by the Ministry of Agriculture, Nature and Food Quality (LNV), TKI Agri & Food and the European Union. Partners are food manufacturers, machine manufacturers, LNV and other scientific institutes.