Virologists have been warning about this for some time: the risks of outbreaks of diseases that are passed from animals to humans are increasing. Policy makers are looking for the best control strategies to counter such outbreaks. The scenarios outlined by social scientists at Wageningen University & Research can help with this.

The world population is growing and people are living in closer proximity to animals. “The government can deploy various control strategies to prevent disease outbreaks such as Q fever or avian influenza. One possibility is weekly testing of all animals. Then you quickly control an infection. But that is an expensive strategy,” says professor of Business Economics Henk Hogeveen. “Moreover, livestock farmers will not want to cooperate with all potential measures, especially if the previous outbreak was ten years ago, for example.”

Veterinary epidemiologist Michel Counotte adds: “Policy makers naturally want to choose the best control strategies to combat a disease outbreak. That is why we use computer models to outline the impact of various measures on society. This not only concerns the impact on public health and animal health. But also the impact on socio-economic factors.”

Avian influenza as a test case

The social scientists are using avian influenza as a test case. Via migratory birds, the virus can also infect free-range pigs on organic farms. The virus begins to mutate inside of the pigs, and very occasionally this can lead to risks for humans. The symptoms of avian influenza in humans are usually mild, but sometimes people die from the disease.

Hogeveen: “Avian influenza is an interesting test case because people have sympathy for livestock farmers who allow their pigs to range outdoors. But free-range pigs pose a greater risk than pigs that never go outside because they can acquire an infection from wild birds and transmit the disease to humans. If avian influenza breaks out, what do we as a society find more acceptable: compulsory confinement of animals or culling? We are working with those kinds of dilemmas.”

The researchers do this with the help of new computer models that are developed within the ERRAZE@WUR programme. Known data is entered into the models, such as the location and size of livestock farms and how they are linked together.

Hogeveen: “We then add data about the impact of measures on livestock farmers, local residents or, for example, residents and employees of care farms. We collect that data in practice. For example, by conducting interviews with livestock farmers we can map out both the financial and emotional impact if all animals on the farm are culled. And what is it like for residents of a care farm if the animals they care for have to be confined?”

Counotte: “Using the model, we calculate the epidemiological and health effects of an outbreak for various control strategies such as no intervention, preventive vaccination, culling animals or a transport ban. We then combine that with the socio-economic aspects such as the loss of income of livestock farmers and the level of trust in society. For example, do people still want to eat pork from a pig that may be carrying a disease or that has been vaccinated as a preventive measure?”

Communication is an important aspect of the model and its application. Hogeveen: “Does good communication from the government enhance the willingness of livestock farmers to cooperate with measures that prevent more people from becoming sick? We are going to include such aspects of communication in the models.”

Ultimately, this gives the researchers a good picture of the effects of various control strategies on society as a whole. Counotte: “Soon we will have a series of computer models with which we can answer questions from policy makers about the impact of control strategies. In this way we can help to successfully combat a major outbreak, such as the current COVID-19 pandemic.” 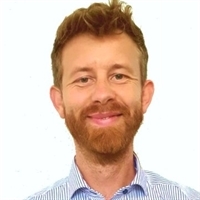 Do you have a question about control strategies? Ask our experts: dr. MJ (Michel) Counotte
Contact form + Show more (1)

The research into the impact of control strategies is part of the ERRAZE@WUR programme. It brings together knowledge from various disciplines of the social sciences, such as social psychology, economics and ethics. This knowledge is combined with knowledge from epidemiology and virology, among other disciplines. Counotte: “For example, one research group within ERRAZE@WUR determines the risks of various viruses. Other colleagues build models that we can use to run various scenarios. Thanks to this joint research, we will soon be even better equipped to support policy makers, government agencies and public bodies in the event of disease outbreaks.”