Cities in sub-Saharan Africa are growing fast, posing major challenges to environmental protection and the supply of adequate shelter, food, water and sanitation. An important contributor to urban food supply is small-scale agriculture within the city.

With short distances to consumers, farmers grow high-value crops, and significantly contribute to the informal economy in terms of food supply and employment. Urban development, however, limits the choice of farming sites, and displacement under the pressure of urbanization is common. Despite contributing to urban food security, local authorities question the viability and sustainability of agriculture in cities. Dar es Salaam, Tanzania’s largest and fast-growing city, is an example of a city with significant areas of open space cultivation and backyard farming that contributes to urban food security. Although the overall amount of cultivated open spaces has remained approximately the same during the past few decades, the locations of agricultural areas have changed considerably.

The objective of this MSc thesis research is to gain insight in the scale and locations of urban agriculture on open, undeveloped land within the city of Dar es Salaam. Doing this, the research explores the possibilities and limitations of studying small-scale agriculture in an urban setting, while analyzing the impact urbanization has had on agricultural sites in Dar es Salaam. Research objectives are formulated together with Ardhi University in Dar es Salaam, Tanzania.

What is expected from the student (type of research)

The student is expected to do a spatial analysis of open-space cultivation in Dar es Salaam, Tanzania. Geo-information is derived from analyzing spatial data combined with field visits (local support is available). Similar analyses have been done for the period from 1992 and 2005, which also allows opportunities for temporal analysis. 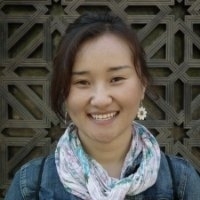