The '20s are starting to become important. I'm not talking about the 'Roaring Twenties' of the previous century, but rather the decade that will begin in 2020. Europe's Common Agricultural Policy will need to be renewed before that date. 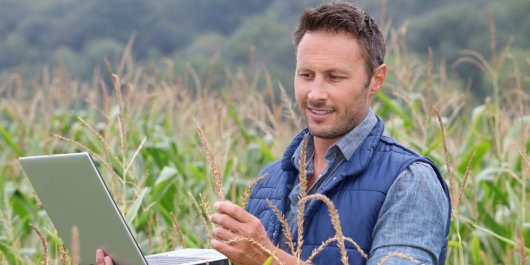 The year 2020 seems very far off, as we're still intensely focusing on supporting policymakers in implementing the policy for 2014-2019, which was established in Brussels not so long ago. But 2020 will come sooner than you may think. The foundation for new agricultural policy is often laid down during the interim evaluation of the current policy.

A Mid-Term Review or Health Check or whatever it's going to be called this time can be expected around 2017. It is important to know what you want as a stakeholder before then. And as luck would have it, the Netherlands will be the President of the European Union in the first half of 2016, offering us an excellent opportunity to draw the attention of our fellow Member States to our national priority areas.

Exploratory research can be a very useful means to focus attention during conferences and study days on the issues which the Dutch government or business community wants to work on. If we want to have this kind of research available to us in 2016, we will need to carry it out in 2015. And the planning for that research will start in spring 2014.

So in terms of research planning, it really is true that the twenties will be here sooner than we think. That's why, in addition to our New Year’s Reception, LEI is ringing in the new year with a debate about the agricultural policy after 2020. What will that decade look like, and will there still be a reason to allocate €40 million in grants to the agricultural sector in the same way as today? Or will it be a better idea to concentrate on social policy for poorer, small-scale farmers and on innovation policy for large-scale farmers? And what will be the role of chains that claim to work towards social and economic sustainability and fair prices?

Since the start of the Common Agricultural Policy in 1958, LEI has been very actively involved in calculating its effects. Particularly in the early decades, the research on the basis of facts and theories inspired passionate debate about how the policy should be set up. In that tradition, LEI Wageningen UR is focusing on European agricultural policy after 2020 during this year's Great Agro Debate. We look forward to a discussion just as productive as those of the past.