Over the last few months, we have actively contributed to the movement that tries to influence our pension fund ABP. We have seen how this movement has gained traction since we started our petition back in February. This bandwagon started in 2006, when scientists pointed out to ABPs their corporate social responsibilities. In the past year the media, scientists, and governmental organisations have scrutinised ABP’s investments ever more closely, resulting in a manifestation on campus, critical reports, media coverage and critiques of ABP’s practices, and ABP expressing commitment to a more sustainable investment policy. These steps are crucial to adhere to the Paris Agreement, the United Nations Framework Convention on Climate Change, and to stop the increasing trend of deforestation. We are actively contributing to this process. Before we update you on the latest news, we want to clarify why we are doing this.

Why are the investment decisions ABP makes so important?

ABP is the pension fund of all teachers, university employees, civil servants and police officers in the Netherlands, who are obliged to build up a pension with ABP. ABP manages the pensions of three million pension holders. One in every six people in the Netherlands does or will receive a pension benefit from ABP. With 537 billion euros to invest in 2021, ABP is the eighth largest pension fund in the world, and the largest pension fund in Europe. Therefore, ABP is a heavy weight in financial markets. This brings with it a responsibility to use money not just to ensure pensions can be paid now and in the future, but also fighting the current biodiversity and climate crisis.

In February 2021, Mongabay published a shocking report on ABP’s investments on activities leading to the deforestation of the Amazon forest, which sparked our petition. ABP invests almost 200 million euros in Brazil's largest meatpackers, JBS, Marfrig and Minerva, which operate in the Amazon and produce meat from cattle raised on illegally deforested sites. These companies have been repeatedly linked with illegal deforestation: In 2009 they promised not to buy from any direct suppliers involved in deforestation and to expand this commitment to include indirect suppliers within two years, however their suppliers have been fined for cattle laundering and deforestation linked to cattle ranching and associated soy production for feed in the Amazon and Cerrado.

What can be improved?

Our scan of ABP’s publicly available Sustainable and Responsible Investment Policy 2020-2025 and Stewardship Policy showed that whilst they have committed to conserving natural resources and good corporate governance, and social responsibility, such that by 2030 ABP wants it to “be common practice for companies to have efficient and socially responsible natural resource supply chains”, there are no clear criteria relating to deforestation or biodiversity, nor a strategy for CO2 positive investments. We think that:

It has been done successfully! Other pension funds and large scale investors have proven that it is possible to make changes. On September 2 the Dutch horeca and metals and energy pension funds announced they will rapidly divest from fossil fuel investments. The Norwegian Pension Fund has set an example of how to quickly and actively divest from investments with negative impacts on tropical forests. The Swedish public pension fund has made slow but steady transition to more sustainable investments. UNCTAD has reported on the frontrunners among public pension and sovereign wealth funds in sustainability, highlighting where ABP can improve. Guidelines abound on where and how to sustainably invest, such as the Fair Finance Guide and the French bank network’s sustainable and responsible investment guide.

How Grey Hair, Green Forests relates to other ABP-targeting movements

What started as a message in the FNP Whatsapp-group in February has turned into a series of actions that range from constructive advice directly to ABP, to organizing a manifestation on the campus to demonstrate the sense of urgency and broad support by WUR staff for more responsible investments. We consider ourselves part of a broader movement that seeks to influence ABP to invest in companies in line with the SDG’s and international agreements such as the Paris Agreement and UN Convention on Biodiversity. Whilst Wageningen focuses on countering deforestation financed by our pensions, other movements that some of us have acted with, such as ABP FossilFree and Extinction Rebellion, focus on ABP’s investments in energy and particularly fossil fuels. We consider these varied actions as important and effective ways of showing our desire for sustainable investment of our pension funds.

Updates on our meeting with ABP

In mid November 2021, ABP will revise their Sustainable and Responsible Investment Policy 2020-2025 with higher ambition and sharpened goals, new standards, metrics and criteria. Implementation of the revised policy in their investment portfolio should happen by summer 2022.

Our advice feeds into these revisions. On 9 September, a delegation of the WUR employees met with six representatives of ABP and their asset manager, APG. The tone of the meeting was constructive and positive. ABP and APG shared many of the concerns we raised and acknowledged the urgency for short term action. We presented a PowerPoint summarising and explaining our advice and nine key recommendations Towards a deforestation-free investment policy. In short, we propose a ‘SMART’ revised policy for investments in agricultural, mining or infrastructure with a high deforestation risk caused directly and indirectly, with transparent, monitored progress of these investments in companies and of ABPs portfolio overall. We ask for leadership and engagement with governments, markets and other shareholders to bring about change and when this does not happen, divestment according to predefined criteria and timelines. ABP would like to continue dialogue with us and values our further advise on their investment criteria, standards and policy and on their Natural Resource Fund.

We will maintain close connections with different initiatives movements to promote a sustainable change in ABPs investments to ensure that their investment lead to zero-deforestation.

Finally, we want to inform you that a national coalition of civil servants, teachers and university staff is currently developing on a law suit against ABP, seeking a moratorium on investments in fossil fuels. ABP has expressed its commitment in a 2020 policy to reduce investments in fossil fuel, in July 2020 is committed to phasing out investments in companies that generate more than 30% of their revenue from coal mines or 20% from tar sands, although this allows continued investment and gas is not specifically mentioned. This law suit is similar to MilieuDefensie’s climate case against Shell, although it is funded by donations and issued in the name of multiple Shell shareholders. Here you can read more, donate or become part of this action. 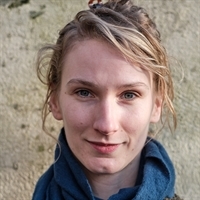 Contact ME (Marieke) Meesters MSc MA
Contact form + Show more (1)
Picture at left: On June 25, we organized a manifestation to indicate that there is not much time left to improve ABP's investment practice for ensuring zero-deforestation due to the tempo of current deforestation and the Brazilian political situation. The manifestation was part of the national action day named Takes Too Long (#duurttelang), for which ABP was requested to speed up ABP's divestments from fossil fuels and decrease deforestation risks.
Twitter Whatsapp Linkedin Email
Menu