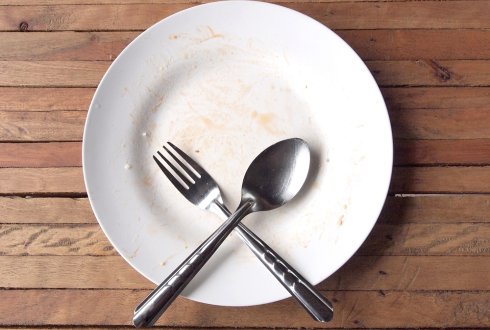 Dutch households throw away staggering amounts of food: approximately 50 kg per person per year. Food waste levels must and can be reduced. To facilitate this, researchers of Wageningen UR Food & Biobased Research help develop anti-food waste concepts, one of which is the 'FoodBattle'. Participants in the FoodBattle compete to waste as little food as possible during the action period.

In 2011, a pilot project was started in the Eastern Netherlands. During three weeks, the participating households managed to reduce their food waste by about 20%. This means the FoodBattle could contribute to the Dutch government's target of achieving 20% less waste in the food chain by 2015. The success of the pilot project has precipitated a national follow-up: the 'FoodBattle Relay'.

During the pilot, Wageningen UR Food & Biobased Research worked intensively together with two waste management companies (Berkel Milieu and Circulus) and four large supermarket chains (Albert Heijn, C1000, Jumbo and Coop Supermarkets). After starting the ambitious Afvalvrij 2030 (Waste-Free 2030) programme in 2011, waste management companies Berkel Milieu and Circulus (Oost-Nederland) took the first initiative to join forces with supermarkets and households to combat food waste. A sorting analysis showed that approximately 12% of household waste consisted of food that could otherwise have been eaten. Most of the food products which were  thrown away had not even been touched and werestill in their packaging.

In 2014, the FoodBattle will be given a follow-up in the form of a FoodBattle Relay Challenge. The members or employees of as many organisations as possible will be challenged to join in. For three weeks, the participants will try to waste as little food as possible. The amount of food that is thrown away every day will be recorded in a FoodBattle Diary. The participants will also receive practical and easy to use tips on how to ensure that less food ends up in the bin. The results will be transparent so that the participants can really compete together.

The first organisation to pick up the baton is the women’s organisation Vrouwen van Nu. Striving to have at least 1,000 participants, the Battle is on from 10 February onwards. For more information, go to the FoodBattle site.

How to take part in the FOOD Battle Relay Challenge

The FoodBattle Relay Challenge is open to all, and is suited for other countries as well. Any organisation or company can initiate a new  FoodBattle and encourage their members, customers or employees to take part. You are invited to join the Battle against food waste.