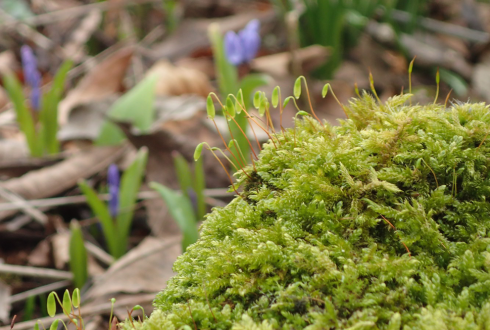 In their quest for the origin of the universal auxin hormone in plants, Wageningen-based biochemists and bioinformaticists took on the mantle of archaeologists. Deep in the evolutionary history of plant life on earth, about a billion years ago, they came across the protein fragments that were already related to the plant hormone at that time.

The journey of discovery reveals information that gives life scientists insight into evolution and which creates opportunities for plant breeders and prospects for growers. The research team published their findings in the leading online journal eLife on 27 March.

A plant grows fastest at the top, makes lateral shoots and roots, leaves that turn to the light, flowers and fruits in all their forms. These developments are set in motion by the plant hormone auxin. Auxin is present in varying concentrations in cells and tissues. That makes it one of the most complex biochemical systems that determine a plant's growth.

'It is amazing how such a complex system has developed so many processes, like those we see in flower plants', says research leader Professor Dolf Weijers, professor of Biochemistry at Wageningen University & Research. 'This includes the cell division, cell growth and the differentiation into various cell types, such as shoots, leaves or fruit. The big mystery is how all these reactions are made possible by this age-old molecule, and how such a complex system came about.

PhD candidate Sumanth Mutte, a member of Dolf Weijers' team, studied the genome of over a thousand plant species. He selected species that are all still alive, but which have a different evolutionary life history. This includes the 'modern' flowering plants that split off 320 million years ago and which now have a highly complex auxin system: older seed plant types such as conifers, and spore plants such as ferns and the earlier mosses, which are over half a billion years old. The oldest form of life studied for auxin were single-cell, green algae, dating back to the deep past of a billion years ago.

'A great deal has taken place in plant cells in that incredibly long period of time,' explains Professor Weijers. 'Many genomes have doubled or quadrupled, for example.' This has resulted in a large number of different proteins being given a role to play in the plant. 'The auxin system as we know it was already complete half a billion years ago, when the first land plants appeared.'

'Much to our surprise, we saw that of the three protein families that mediate auxin functions, one was already present in the green algae. Digging even deeper, a billion years ago, when life had yet to emerge from the water, our quest led us to fragments of the three protein families. We still find them in the plants of today, but they originate from green algae and probably had a different function at first.'

Postdoctoral researcher Hirotaka Kato subsequently verified the findings by performing 'experimental genome archaeology' with plants from the three different eras: algae, mosses and ferns. The researcher studied how these genomes respond to auxin, by determining the number of genes that are turned on or off by the hormone, for instance. 'This shows us how the auxin system has become more complex, and which components plants can modify to use the hormone for new processes to regulate its growth and shape,' explains Professor Weijers.

More knowledge of the basic function of auxin is in itself important to the life sciences: how plants function at various levels, from cell to organs and as a whole. That knowledge can be translated into breeding programmes for the development of new varieties of food crops. 'Gaining a clearer understanding of how the plant controls its own growth and development makes it possible for the breeder and, later, the grower to supply a healthier and better crop.'

The study was performed under a Vici grant from NWO, a national, individual funding scheme. 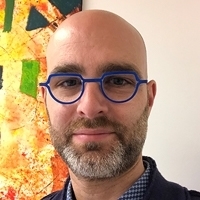 Do you have a question about the genome? Ask our expert: prof.dr. D (Dolf) Weijers
Contact form + Show more (1)