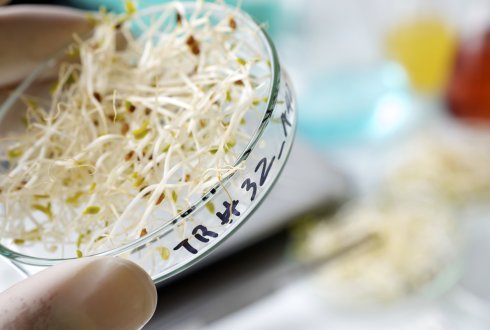 The Executive Board of Wageningen University & Research has appointed Prof. Hans-Gerd Janssen Professor by Special Appointment of ‘Recognition-based Analytical Chemistry’. He will develop methods to analyse aroma compounds in food. The chair is funded by Unilever Research and was inaugurated on 1 July.

Prof. Hans-Gerd Janssen (Nijmegen, 1964) plans to focus the work of his chair on the development of methods for the rapid analysis of volatile substances in the air. An important application is the detection of specific markers for the freshness, or spoilage, of food. Jansen wants to develop sensors that can ‘recognize’ (hence the name of his chair) whether food is fresh or spoiled. These sensors could be useful in consumers’ kitchens and play an important role in reducing food waste. Prof. Janssen hopes his research will contribute to more sustainable food production and consumption.

Janssen studied Chemical Engineering at Eindhoven University of Technology. He graduated cum laude in 1987 and obtained his PhD in 1991. He worked as assistant and then associate professor in Eindhoven until 1999, when he joined Unilever Research as a researcher, where he still works to this day. In 2004 he was appointed Professor by Special Appointment at the University of Amsterdam. There he developed miniaturized and automated analysis methods for highly complex systems such as bacteria and high-grade plastics. This work was later applied in research into diseases such as tuberculosis, and to study the aging of paint used by painters such as Rembrandt. Janssen has published more than 200 scientific articles. His new chair at WUR is part of the Organic Chemistry chair group.