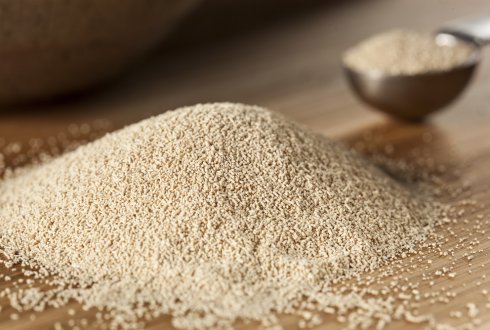 Ruud Weusthuis has been appointed as professor of Microbial biotechnology at the Bioprocess Engineering chair group at Wageningen University & Research. The appointment applies as of 1 November.

Prof.Dr. Ruud A. Weusthuis (1965) studied Biology at the University of Groningen (1984-1989). He proceeded as a PhD candidate at Delft University of Technology where he got his PhD degree in 1994.

Weusthuis continued his career at Food & Biobased Research in Wageningen (1994-2008). Then he switched to Wageningen University’s chair groups led by prof. Johan Sanders, prof. Harry Bitter and by prof. René Wijffels at the Bioprocess Engineering group.

When attending secondary school Ruud Weusthuis was captivated by how the citric acid cycle functions. He wanted to learn more about how metabolism works. During his MSc thesis he studied the metabolism of the yeast Hansenula polymorpha for the conversion of sugars into chemicals.

The idea that microorganisms could use renewable resources instead of fossil resources for the production of chemicals was very appealing to him. He therefore continued in Delft to study the conversion of sugars into ethanol by yeasts. This is one of the most efficient microbial processes, and can even compete with fossil-resource based processes.

He realized that if other products were to be produced as efficiently as ethanol, that product tolerance, anaerobic production and phase separation were going to be key to success.

At the university, based on this vision, he developed microbial processes for the production of organic acids, oligosaccharides, oils, terpenes, etc. He identified a fungus with an exceptional tolerance to organic acids and engineered it to produce lactic acid. He discovered a new family of enzymes, and is now applying them for the microbial production of a wide range of esters.

Ruud A. Weusthuis will continue investigating, developing and teaching Microbial Biotechnology to contribute to establishing sustainable, circular processes for the production of chemicals.