Given the exceptionally sunny spring of 2020, the link between cleaner air and the COVID-19 lockdown was quickly made. According to scientific research, however, this link is unfounded. The sunny spring weather was largely the result of dry weather and clear skies. One thing is for sure: the spring of 2020 was unique and the sunniest on record since 1928.

Spring 2020 broke sunshine records across Europe. The Wageningen weather station recorded the highest level of surface irradiation in 100 years: a unique series of measurements averaging 206 W/m2, which exceeds the 2011 record by 13%. Sun records were also broken in Britain, Germany and Belgium.

The fact that the sunny spring weather coincided with the emerging COVID-19 pandemic suggested that this was what caused the cleaner air. Many countries were in partial or full lockdown from the end of March through May, which led to a reduction in traffic and industrial activities. This caused a significant decrease in NOx, SO2 and CO2 emissions. According to researchers at Wageningen University & Research (WUR), the Royal Netherlands Meteorological Institute (KNMI), PMOD and the University of Cologne, the cleaner air had a minimal impact on the sunny weather. The record sunshine hours could largely be explained by the location of high and low pressure systems that created the ideal conditions for clear skies.

Reduced air pollution did cause bluer skies, as KNMI previously reported. “This was the result of dry air and reduced aerosols and contrails,” explains WUR meteorologist Chiel van Heerwaarden. “Aerosols are tiny airborne particles that are emitted during combustion processes, such as traffic. With air pollution, there are so many aerosols in the air, they reflect the solar radiation. This diffuses the light and makes the sky appear less blue. Airplane contrails also diffuse the light. We saw a decrease in diffuse radiation (38% of total irradiance) and an increase in direct sunlight (62%). In previous sunny springs, this ratio was closer to 50%. The reduction in human activity resulted in fewer aerosols, cleaner air and bluer skies.”

Europe has seen a downward trend in aerosol concentrations for some time now. Air quality has improved in recent decades, which has led to more favourable sunlight conditions than before. “To determine what we can expect in the future in terms of radiation records, it’s important to understand how climate change will affect spring weather and cloud coverage,” explains Van Heerwaarden.

The publication can be downloaded here. 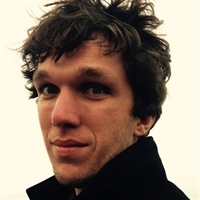