The first case of West Nile virus (WNV) was identified in the Netherlands in a bird in September and in a human medio Oktober. Since then, Wageningen Bioveterinary Research (WBVR) and partners have been closely monitoring the situation to be fully prepared for a possible outbreak.

The West Nile virus was found in a common whitethroat in the province of Utrecht. Experience from other countries teaches us that birds form a source for the virus, which is then transferred further by mosquitos who feed on infected birds.

Direct infection between animals without mosquitos is extremely rare. The virus can also be transmitted to mammals such as horses and humans through mosquitos. The infected Dutch man may have contracted the virus in the Utrecht region through a mosquito bite, the National Institute for Public Health and the Environment (RIVM) reported on 15 October.

Approximately 10 to 20 per cent of these infections lead to illness in humans and horses. Only a very small percentage (1 per cent) becomes serious and may be fatal.

Vaccine for horses available on a voluntary basis

Infection with the West Nile virus in the USA in 2004 resulted in over 15,000 equine deaths. A vaccine is available for horses since 2004, which has suppressed the disease in horses to a large degree. Participation in voluntary inoculation differs greatly and is often only done when the virus shows clinical symptoms. A vaccine for humans has not yet been approved but is in the final stages of development.

WBVR offers two ELISAs to identify infections, where we can distinguish between active infection and infections that occurred at an earlier time. Besides, we can provide a serum neutralisation test to even more specifically identify the antibodies for the West Nile virus. This serological diagnostic is not able to distinguish between infected and vaccinated horses. WVBR also has a PCR-test that can identify the West Nile virus.

Read more about this virus: 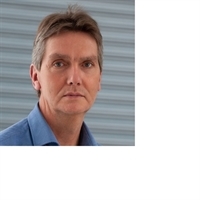 The bird was tested in line with the One Health Pact. In this collaboration, a team of experts led by Erasmus Medisch Centrum works on developing an early warning system for rapid detection of viruses.