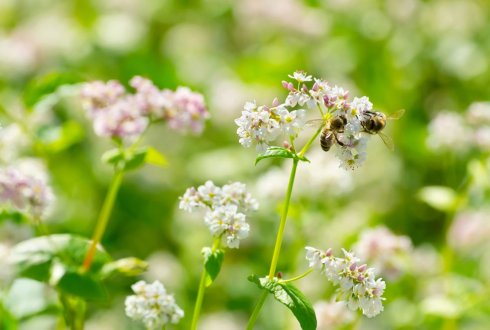 Nature is declining globally at rates unprecedented in human history and the rate at which species are lost is accelerating. This will likely have grave impacts on people around the world. Around 1 million animal and plant species are now threatened with extinction. “The health of ecosystems on which we, and all other species, depend is deteriorating more rapidly than ever before,” says IPBES Chair Sir Bob Watson. “We are eroding the very foundations of our economies, livelihoods, food security, health and quality of life worldwide.” Watson: “The Report also tells us that it is not too late to make a difference, but only if we start now at every level, from the local to global. Through ‘transformative change’, nature can still be conserved and restored.”

International goals out of reach

The assessment shows that there is progress on just 4 of the 20 current international biodiversity goals, the so-called Aichi Biodiversity Targets, and that it is likely that most targets will not be realised by the 2020 deadline. The main causes are land-use change, for instance by deforestation caused by expansion of agriculture, the overexploitation of species for instance by fishing, and the introduction of invasive species. The impact of climate change is expected to increase over the coming decades.

Effects for poor and vulnerable people

The report pays significant attention to the effects of the decline of nature on the poorest and most vulnerable people worldwide. A further decline of nature would undermine progress on UN Sustainable Development Goals on poverty, hunger, health, water, cities, climate, oceans, land-use. The IPBES Global Assessment also provides insights into the contributions of nature to the realisation of the Paris Agreement on climate change. Only if the underlying causes of the loss of biodiversity are addressed, conservation and sustainable use of nature can still be realised.

Prof. Esther Turnhout, professor at the WUR Forest- and Nature Policy Group, is co-author of the Global Assessment. “An interdisciplinary approach was used to bring together natural sciences, social sciences, indigenous and local knowledge”, according to Van Turnhout. “This was an enormous challenge, but it provides us with an unambiguous information on the state of biodiversity and our ecosystems. Next to numbers and figures about species, numbers and predictions, the role of institutions (for example traditional practices, market forces, law and legislation), future scenario’s and the values of nature. The assessment is a critical analysis of past efforts. This is valuable input for policy-makers”.

Last week, 132 IPBES-member states discussed the Global Assessment Report during the 7th session of the IPBES plenary meeting in Paris. During this meeting they accepted the report and adopted its summary for policy makers. It is the most comprehensive report on biodiversity ever completed. It is the first intergovernmental Report of its kind and builds on the landmark Millennium Ecosystem Assessment of 2005. The Assessment represents an important milestone on the path to the expected decision in November 2020 for a new global biodiversity agreement under the UN-biodiversity convention. It is now time for nations, the private sector, and civil society, both in The Netherlands and worldwide, to take the next steps by building on this report to develop policy and take action on the ground.