Travelling to distant countries, to find fascinating species of plants and animals? Not necessary at all. Our own WUR grounds are home to no less than 813 species, observers found. Both employees and students of WUR helped count the species between 24 June and 1 July.

With a phone in their hands and some also with a butterfly net or binoculars, 112 observers worked hard to record nature in their own surroundings. Fueled by the Wageningen Biodiversity Challenge, they tried to count as many species as possible in one week. Most species were recorded at the Wageningen Campus, but colleagues also participated in the Challenge in Lelystad, Leeuwarden and Den Helder. The score was tracked on observation.org.

Two very rare species that observers encountered around the Wageningen campus were the ivy broomrape (plant) and gymnosporangium confusum (fungus). In Lelystad at the Farm of the Future, bristly oxtongue (plant) was seen, among others. From the Dairy Campus in Leeuwarden came a beautiful picture of a rook. And the colleagues in Den Helder saw, how could it be otherwise, herring gulls and other water birds.

The most frequently found species was the common self-heal (prunella vulgaris), a plant species; it was observed 17 times. The most dedicated participant was assistant professor Thijs Fijen: he counted over 100 species.

The Wageningen Biodiversity Challenge is an event that was organized for the first time in 2021. Back then, we counted more than 750 species with a small group. Hopefully, by counting annually, we can track trends in biodiversity over the years.

Biodiversity is worldwide in a precarious state. One million species are at risk of extinction in the coming decades (IPBES 2019). Therefore, it is important that research and education about biodiversity reaches as many people as possible. By discovering and counting species together, you learn more about nature in your own environment, which contributes to enthusiasm for conservation and protection. 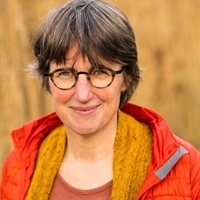 Do you have a question about biodiversity? Ask: prof.dr.ir. L (Liesje) Mommer
Contact form + Show more (1)