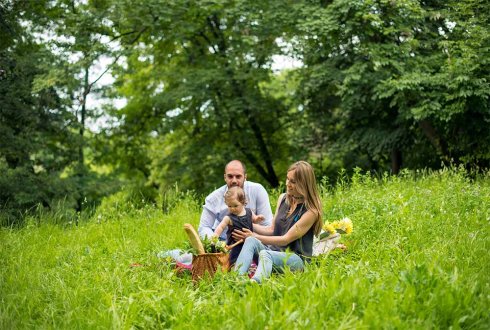 Collectively organising agricultural nature management leads to increased levels of trust between those involved, as well as to a more confidence in the policy. This conclusion was formulated by researchers from Wageningen University & Research following a two-year study of one of these collectives, Agricultural Nature Drenthe (known by its Dutch acronym AND). Their conclusion reflects findings gathered through discussions with farmers, AND-employees, civil servants and other stakeholders.

Agricultural nature management contributes significantly to biodiversity in the European rural areas, is an important instrument in rural policy and is the second pillar in the European Common Agricultural Policy (CAP). Farmers receive compensation for their efforts in implementing agricultural nature management policy through subsidies, partly funded by Europe. Management measures generally applied in the Netherlands are: Postponing mowing to protect pasture birds, planting herb-rich borders to attract more insects and food for the birds that inhabit the fields, as well as conservation of landscape elements such as wooded banks and pools.

Ecologists, civil servants and farmers criticised the way the EU was implementing nature management. Their criticism was primarily directed at the fragmentation of agricultural areas, a lack of constructive cooperation at a regional level, slow and cumbersome administrative processes and an increasing lack of trust between all involved as a result. In response to this criticism, the EU issued a decree in 2014 enabling farmers to organise themselves in groups to implement nature policy themselves. In the Netherlands, this led to the formation of forty agricultural collectives.

This new collective set-up has generated an increase in confidence in agricultural nature management. Project manager Jasper de Vries explains: “The fact that nature management is now discussed with the provincial authorities rather than with the Ministry of Agriculture (LNV) proved instrumental. This makes it much easier to respond to local circumstances and allows people to feel heard.” Additionally, the new system means an increase in interaction between farmers and other organisations. Eloquently put by one of the interviewees: “I feel that we, as farmers, are now collectively caring for the environment.” René Vree Egberts, the director of Agricultural Nature Drenthe, is delighted with the results. “The research shows that we are able to support farmers and nature by collaborating. This fact is also reflected in the increased number of participants in agricultural nature management since implementing these collectives.”

Reactions from others also inspire confidence in nature management. The researchers encountered farmers whose enthusiasm was sparked by the reactions from outsiders, for example seeing passers-by hopping off their bikes to take pictures of the blooming borders of their fields, or receiving requests from schools wanting to visit.

Negative experiences from the past (with the former system) occasionally pop up. Especially in instances where things aren’t progressing as they should, people are quick to refer to mistakes from the past. This shows that, in spite of the positive outcome, trust cannot be taken for granted and requires constant upkeep.