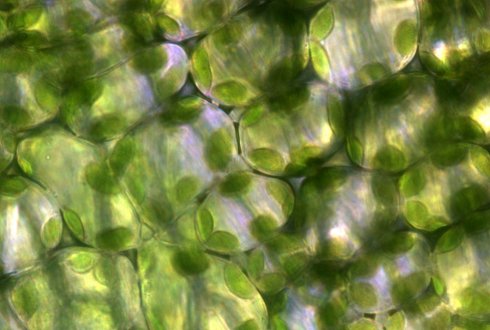 It seems so logical: each plant carries chloroplasts that contribute to the optimum growth and development of the plant. At least that is what has always been assumed. However, this has turned out to be false, as demonstrated by researchers at Wageningen University & Research (WUR) in a scientific publication published today in Nature Plants.

IIn the article, the researchers describe a method that can completely replace the organelles (specifically, the chloroplasts, which are essential for photosynthesis, and mitochondria, which generate energy) of one plant with the organelles of another plant, while the chromosomes remain unchanged. They conducted their research using the thale cress plant (Arabidopsis thaliana) as the model.

Researcher Erik Wijnker: “Now that it is possible to replace the organelles of a plant using an efficient genetic trick, we can compare the original plants with plants that have the ‘new’ organelles. This makes it easy to determine which new combinations of organelles and chromosomes lead to the best plant properties. For example, for a certain type of chloroplast, we now know beforehand that, if we put them in a thale cress, photosynthesis will be improved.”

Plants use only a fraction of absorbed sunlight for photosynthesis. Improving that process is seen as the key to more efficient plant growth, which can reduce the footprint of agriculture on the environment, and will enable us to feed the growing world population better in the future. For a long time it was thought that photosynthesis could not be improved.

In recent years, various methods have been developed, including at WUR, to improve plant photosynthesis to such an extent that more of the captured sunlight can be used for biomass production. If this is successful, plants with improved photosynthesis can make an important new contribution to tackling the food problem without causing any further damage to the climate.

A revolution in plant breeding?

The contribution of chlorophyll and mitochondria to the growth of the plant is notoriously difficult to assess. The method described in this publication makes this much easier and in turn, makes using this knowledge much more accessible to breeding businesses.

PhD candidate Tom Theeuwen: “The trick we have used for thale cress is based on genetic modification, and its use for crops is subject to strict rules in Europe, but with the current modern breeding methods, it is fortunately very possible to make similar new combinations of organelles and chromosomes in a short period of time. Now that we have shown that this can lead to plants that perform better, a number of companies are interested to know whether this also applies to their crops. It offers us a new way of investigating whether we can better understand and improve plant photosynthesis, by creating and testing new combinations.”

This research was funded by the Dutch Research Council (NWO), Plantum (the branch association for the seeds and young plants sector), and the vegetable breeding companies Bejo Zaden and Rijk Zwaan. 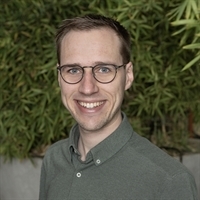 Do you have a question about photosynthesis? Ask our experts: TPJM (Tom) Theeuwen MSc
Contact form + Show more (1)