Sufficient plant proteins are produced in the world to feed todays world's population, says Dr. Stacy Pyett, Program Manager Proteins for Life at WUR. She investigates the protein transition, which includes a shift to a more plant-based diet in high-income countries.

The amount of available vegetable proteins is more than sufficient

In addition, Pyett looked at whether sufficient agricultural land is available worldwide for a purely plant-based diet. In doing so, she draws on research by Wageningen scientist, Dr. Hannah van Zanten, who calculated the necessary land use in the world for the current diet, the vegan diet and the 'circularity diet'. This shows that the current diet requires an average of 0.17 hectares of agricultural land per person per year, while the vegan diet only requires 0.12 hectares. So with a completely plant-based diet you need almost 30 percent less agricultural land in the world, concludes Pyett.

She also notes, following Van Zanten, that the 'circularity diet' requires even less agricultural land in the world. In this circular agriculture, farm animals are fed on natural grasslands and residual streams, converting otherwise inedible biomass into animal proteins. In this way, a diet with little meat and a lot of vegetable protein is possible, and only requires between 0.08 and 0.11 hectares of agricultural land per person per day. This creates even more space to not only feed the world's population, but also to restore nature, increase biodiversity, and plant carbon-capturing forests. 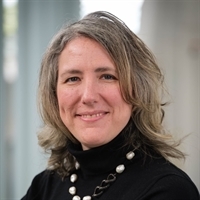