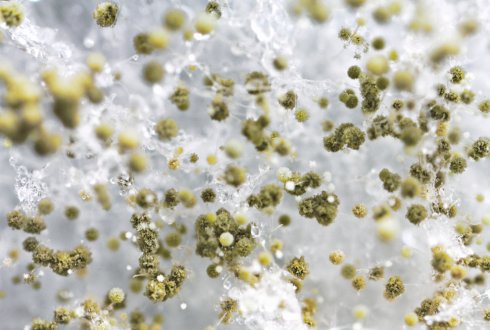 Having too many top players in one sports team negatively effects the team's overall performance. The individual’s competitiveness conflicts with the aim of collective success. This is known as the ‘too-much-talent effect’. This tension is a fundamental principle and is also applicable to the evolution of cooperation between individuals in nature. How does natural selection drive social behaviour, even at the cost of individual success? This question is the basis of the research carried out by Prof. Duur Aanen, whose inauguration will take place on Thursday 6 February at Wageningen University & Research.

The scale and complexity of human cooperation transcends all other examples of cooperation. This begs an important research question: how is that possible? Presumably, the answer has to do with our unique capacity to accumulate knowledge and, by learning and imitating, to pass it on to others. Over the next few years, Prof. Aanen plans to work with social scientists on cultural evolution and its interaction with biological evolution.

Cooperation within and between species

Prof. Aanen uses fungi as a model system for his research. Fungi display the ultimate form of social behaviour: individuals can merge together to form a single, larger individual. This cooperation is not limited to any single species. It can also take place between different species. One example is fungus-growing termites. These insects perform agriculture by cultivating fungi monocultures in their colony. The termites provide the plant material for fungi to grow on.

This principle – that one species can benefit from cooperation between individuals of another species – can also be applied in our own agriculture, through the new research field of Darwinian Agriculture. For example, chickens can be selected for their social behaviour, so they don’t waste energy on pecking, or plants can be selected on the basis of reduced competition. Aanen is working with Wageningen researchers who are carrying out research in this field.

Science and mythology in evolution

Evolutionary theory can therefore help us better understand nature, and evolutionary principles can also be applied to our society. But as a scientific framework, evolutionary biology is often confused with ideology. Prof. Aanen is trying to tackle this misunderstanding. In 2018, for example, he worked with the theologian Gijsbert van den Brink to organise a workshop at the Lorentz Center on the acceptance of evolutionary theory by different religions.

The outcome of this workshop was “The Leiden Declaration on Evolution and Religion”, signed by a broad group of scientists and biologists with a very diverse range of religious and secular beliefs. Prof. Aanen is also involved in an EU research programme looking into the acceptance and teaching of evolutionary biology.

In his inaugural address, Aanen will focus on the moral implications of research into the evolution of cooperation in particular, and of scientific research more generally. He contends that as well as striving for scientific answers, we also need myths: stories with a moral meaning. But science itself is not a myth, and Aanen will draw on examples to propose that a rejection of evolutionary theory can often be ascribed to a failure to make this distinction between myth and science.

Duur Aanen was born in Hoornaar, the Netherlands in 1971. Having developed a broad interest in the natural world from a young age, he studied biology at Utrecht University before obtaining his PhD for his research at Wageningen University. His research was on speciation in fungi that live in symbiosis with trees. He then worked at the University of Copenhagen from 2000 to 2006, where he set up a research programme on the evolution of symbiosis between termites and fungi. In 2007 he returned to Wageningen, where he was awarded a Vidi grant by the Netherlands Organisation for Scientific Research (NWO) to develop his research into the evolution of fungus-growing termites. In 2015 he received a prestigious Vici grant to research the evolution of cooperation. 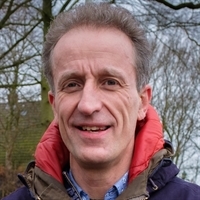 Do you have a question about evolution? Ask our experts: prof.dr. DK (Duur) Aanen
Contact form + Show more (1)

On 1 May 2019, Prof. Aanen was appointed as personal professor in Evolutionary Biology at the Laboratory of Genetics. His inauguration at Wageningen University & Research will take place on Thursday 6 February 2020 at the university auditorium, Generaal Foulkesweg 1, Wageningen.

Read more about the inauguration: