Two Asian elephants have been transferred from Rotterdam zoo to a zoo in Washington. This endangered species thrives in Europe thanks to a breeding programme. In the United States, they are not doing quite so well. Researchers from Wageningen University & Research (WUR) hope that the arrival of two fertile females will help the population in the United States grow and increase genetic diversity.

Researcher Jeroen Kappelhof and a colleague manage the European Asian elephant studbook and studies the animal’s evolutionary history for WUR. He accompanied the elephants Trong Nhi and Nhi Linh on their trip to the United States. ‘The journey went well’, says Kappelhof. ‘During the trip, the elephants had sufficient food and water and were able to keep their trunks in contact’.

In his research, Kappelhof uses DNA and computer simulations to develop strategies to prevent genetic issues and to optimise a possible reintroduction into the wild. Kappelhof: ‘Currently, 23 per cent of the Asian elephants do not live in the wild. In some countries this span their natural range: the majority lives in captivity. This large portion makes it important to know how these animals, which are for example housed in zoos, compared to their conspecifics in the wild genetically. Are the animals that are kept in zoos still genetically similar to their peers in the wild?’

This information is highly relevant if nature conservationists intend to reintroduce elephants into the wild. ‘You wouldn’t want to reintroduce animals that are genetically divergent from those that still occur naturally in a particular area’, says Kappelhof. ‘That could jeopardise the animals’ adaptation to local circumstances.’

A lot of knowledge has been accrued in the field of nature conservation, but in the domain of genetics, much is still unknown. ‘The entire genome of only nine of the world’s Asian elephants in the world has been read and published’, says Kappelhof. ‘And this information is vital if you want to know more about the genetic health of a population rather than just focusing on the individual elephant.’ To determine genetic health, researchers study aspects such as inbreeding. Kappelhof: ‘The level of inbreeding tells you something about the healthiness of the entire population. Currently, we focus too much on the number of individuals of a population, if we assess whether a population is endangered or not.

This genetic information is also relevant to determine whether an evolutionary split has occurred. There could be a fourth sub-species of the Asian elephant, native to Borneo. Until now, it is assumed that there are only three sub-types. ‘If a fourth sub-species exists, this could mean that the breeding programme should be altered’, says Mirte Bosse. Bosse leads this research project, for which she was awarded ENW-M1 funding. ‘When animals are reintroduced in the wild, cross-breeding of different sub-types is far from ideal.’The various sub-species have possibly lived strictly separated for tens to hundreds of thousands of years, which has led to unique genetic mutations in the different populations that occur exclusively within that population. Bosse: ‘Combining those different mutations could be harmful. It could, for example, cause fertility issues in the female elephants.’ 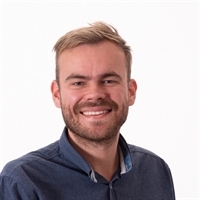 Do you have a question about rehoming Asian elephants? Ask our experts: J (Jeroen) Kappelhof MSc
Contact form + Show more (1)