In South Africa, wildlife economies based around tourism, real estate developments, game meat and more, have been hailed as great catalysts for employment and sustainable growth. Based on a major Dutch Research Council-funded project, researchers at Wageningen University & Research in the Netherlands have concluded that wildlife economies are, in practice, not only environmentally unsustainable but maintain deep social inequalities. In fact, they often even exacerbate it, something the researchers refer to as ‘green apartheid’.

Over the last five years, Prof. Bram Büscher, Dr. Lerato Thakholi and Dr. Stasja Koot, researchers at the Sociology of Development and Change department at Wageningen University & Research, investigated the rapidly growing wildlife economy in South Africa. They focused on the private and public wildlife industries adjacent to the Kruger National Park, generally seen as the centre of the wildlife economy in the country. Their conclusions are stark. “New forms of tourism and other economic activities based on wildlife, such as ‘wildlife estates’ where people live in luxurious gated areas together with wildlife, are often presented as being good for the economy, good for biodiversity and good for poverty reduction, when in fact the opposite is true,” says Bram Büscher.

What is the problem? First, the growth of different wildlife industries around Kruger and other parts of South Africa has done little to change apartheid land tenure structures and labour relations based on apartheid structures. Much of this is due to a rapidly increased focus on property and real estate, including luxury villas and tourist lodges in wildlife reserves and accommodation parks. The consequence has been that over the past decades much land in wildlife rich areas has become more exclusively available to mainly white elites from South Africa, Europe and North America.

At the same time, this model is based on cheap, flexible labour, provided by black South Africans from former apartheid ‘homelands’ still characterised by extreme poverty. According to Lerato Thakholi “these workers rarely have the option to live close to the nature reserve and are therefore forced to travel great distances every day for a meagre salary, while routinely enduring discrimination, racism, and poor accommodation”. They might in the past have been able to protest against the apartheid regime, but that is trickier now since the wildlife economy is presented as simply the outcome of market forces that are supposed to provide equal chances for all.

Stasja Koot: “The private wildlife industry is presented as being a sustainable and honest economy that operates according to supply and demand. But because it has been built entirely on historical apartheid-based relationships, it maintains those structures and even exacerbates them in some cases. This isn’t the formal apartheid of the past, but a new form of economic apartheid driven by high demands for the products offered by the wildlife economy.”

According to the researchers, the private wildlife industry is also not very sustainable. “It seems very green because of the large wildlife population in these areas,” says Büscher. “But when you take into account the increasingly excessive, luxurious consumer behaviour, the many four-wheel drives constantly touring the area, and the fact that private aircrafts are becoming increasingly routine in this industry, it’s difficult to describe this as environmentally sustainable.” Moreover, given that South Africa’s energy supply still relies heavily on coal, the researchers concluded that the actual environmental impact of the private wildlife industry is negative rather than positive.

Impacts of the COVID-19 Pandemic

Despite its major negative impacts, the researchers believe the COVID-19 crisis can offer a way forward. “While it brought negative impacts to black workers, the crisis showed that wildlife management based on tourism and luxurious travel experiences doesn’t have a sustainable future,” says Büscher. Besides the climate impact of all the flights and large vehicles that enable this type of tourism and wildlife industry, the pandemic has emphasised the risks of a sector completely dependent on travel, particularly international travel. “With scientists fearing that more pandemics may occur, this is the time to thoroughly reshape the sector so that it actually becomes more socially and ecologically sustainable”. 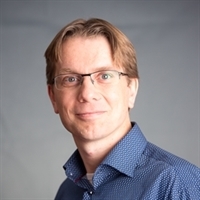 Do you have a question about Green Apartheid? Ask our experts prof.dr. BE (Bram) Buscher
Contact form + Show more (1)

The VPRO broadcasting company recently made a documentary in South Africa inspired by this research for its ‘Frontlinie’ (Frontline) series, presented by Bram Vermeulen and also using the title Green Apartheid.