Scientists from Wageningen University & Research have found natural genetic variation for photosynthesis in plants and are unravelling it to the DNA level. As a result it should be possible to breed crops that use photosynthesis more effectively in the future, increasing their yield and enabling them to capture more CO2 from the air in the soil. This represents a major step on the long road to solving global food challenges and realising the Paris climate agreement.

Led by Mark Aarts and Jeremy Harbinson, a team of scientists has shown that thale cress (a common model plant) has various genes involved in the adaptation to changes in the amount of light to which plants are exposed. Their study is published in an article in Nature Communications.

One gene has already been studied in detail. Known as the Yellow Seedling 1 gene, it is involved in the adaptation of chloroplasts to light changes. Due to a variation in this gene, some thale cress plants can handle an increase of light (the difference between a cloudy and a sunny day, for example) better than others. It is the first time that this variation has been found in thale cress, but as the genes for photosynthesis occur in nearly all plant species, the scientists expect that a similar variation can be found in many other crops too.

The discovery shows that it is possible to improve photosynthesis based on natural genetic variation, something which was doubted until now. In the long term, breeding on improved photosynthesis could make crops produce more yield with the same amount of soil, water and nutrients. This brings the concept of ‘more’ (yield) ‘with less’ (soil, water and nutrients) one step closer.

Some plants adapt their photosynthesis system

Plants need light to convert CO2 and water into sugars and oxygen. The sugars form the basis and energy source for all the substances that a plant produces in order to grow. We have known for some time that plants can respond differently to light, as is shown in the efficiency of their photosynthesis. The ancestors of the crops we eat on a daily basis needed this variation to make the best use of the places in which they grew. It allowed them to develop both in full sunlight and in the shade of other plants.

While photosynthesis is an essential process for plants, it comes at a risk and demands a high level of control to manage energy streams. If a plant is suddenly exposed to too much light, it has to adapt to the new situation. Plants generally protect themselves against excessive photosynthesis by maintaining various safety margins, which means that the adaptation takes several days. The study by the Wageningen scientists now shows that some plants can adapt quicker than others, and are thus able to adapt their photosynthesis system to their environment sooner.

Selection on photosynthesis in breeding

Nowadays, we breed crops in an environment that is far easier to control than the original natural conditions. For example, plants now get sufficient nutrients and water, aligned to maximum growth. Due to the fast developments in agriculture over the past century, plants have not yet been able to adapt to these new conditions. One could say they are still cautious and respond relatively slowly to sudden changes such as excessive light. Plants which can adapt to changing light conditions faster will be able to use the available water and nutrients more efficiently, eventually producing a higher yield.

“We carried out our experiments under tightly controlled conditions, allowing us to keep variation in the environmental factors to a minimum,” says Aarts. “We then measured the photosynthesis of all plants in the experiment at various times of day and via an identical method, and only applied a single stress factor: a one-off increase in the amount of light. This allowed us to precisely determine the genetic contribution to how plants adapted to the new stressful situation. We used one of the genes we found to study the variation in DNA sequence between the various plants in detail.”

The findings offer breeding companies new opportunities. We now know that plants respond to light variation in their own way, and that this is determined in their DNA. We don’t yet know how these adaptations work in the plant, however, and more research is required to find out how improved photosynthesis affects the growth of the plant before we can focus on selection for this property. 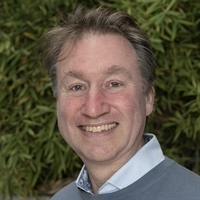 Do you have a question about photosynthesis? Ask our experts: prof.dr. MGM (Mark) Aarts
Contact form + Show more (1)