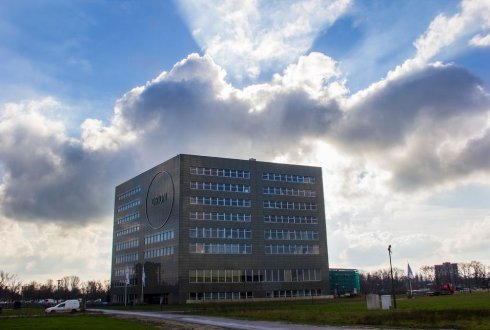 In 2018, Wageningen University & Research will celebrate its 100-year anniversary and to mark this occasion, it has decided to award honorary doctorates to leading scientists in England, Sweden, the USA and China. These honorary doctorates recognise the researchers' contributions to science and society in core WUR sectors: healthy food and a healthy living environment. The four honorary titles have been awarded to Katrina Brown, Carl Folke, Eugene Koonin and Fusuo Zhang.

For the past twenty years, Katrina Brown has played a leading role in environmental social sciences. She is a key pioneer in how the field of social sciences thinks about the resilience of society, for example, regarding its adjustment to climate change. She investigates how societies and individuals make decisions concerning their vulnerability to changes in their environment, such as global warming. Prof. Brown received a substantial European grant (the ESRC) for her research into developing the resilience of socio-ecological systems. The results of her research are described in her book 'Resilience, Development and Global Change'. You can also view Browns website.

Prof. Carl Folke (Natural Resource Management, Director of The Beijer Institute of Ecological Economics at the Royal Swedish Academy of Sciences and Science Director of Stockholm Resilience Centre at Stockholm University)
The supervisor of this honorary doctorate is Prof. Marten Scheffer, Professor of Aquatic Ecology and Water Quality Management.

Prof. Folke has been described as an "exceptionally effective and innovative leader". His tireless efforts have helped make 'resilience' and 'ecological footprint' widely renowned themes in both the academic world and wider society. His work bridges the gap between ecology and social sciences. He is also extremely application-oriented, allowing everyday practice to learn and benefit from science. At a very early stage, he recognised that scientific research into future sustainability must pay substantial attention to the socio-economic context in which society operates. Folke has been involved in two important institutions from the very start: The Beijer Institute of Ecological Economics and the Stockholm Resilience Centre, which focus on long-term strategies for a sustainable world.

Eugene Koonin has played a key role in gathering information on the evolution of genomes, particularly the genomes of viruses and microorganisms. His work and ideas in disciplines such as molecular biology, microbiology, virology and genetics also helped determine the course of the research conducted by the Wageningen Microbiology Research Group when he sat on a PhD thesis committee in 2005. From this point on, the Wageningen laboratory focused a great deal of attention on CRISPR, a line of defence against bacteria. The CRISPR developments, for which Koonin made fundamental discoveries and predictions, laid the foundations for an unprecedented future perspective in the field of biotechnology and a gene-therapy method to help combat hereditary diseases.
Koonin has a huge back catalogue of publications (over 800) and a H-index of 174, a record that testifies to the exceptional relevance of his work and clearly shows why he is so widely cited by other academics. He has been appointed to a variety of highly renowned organisations, such as the American Academy of Microbiology, the American Academy of Arts and Sciences and the European Molecular Biology Organisation (EMBO). For more information, you can take a look at Koonins wikipedia-page.

Prof. Fusuo Zhang is an outstanding and influential lecturer and research associate who develops integrated systems for efficient plant nutrition, which minimise nutrient loss and ensure bumper harvests to help feed China's colossal population. The results of his work have earned him the National Science Prize of the State Council of China and the International Crop Nutrition Award, among many others.
Prof. Zhang supervised 169 junior researchers during their PhD research projects. His teaching is by no means restricted to the classroom, as he regularly takes his students into farms, artificial-fertiliser firms and other businesses in the sector. His teaching and research gain extra practical value via Science Technology Backyards, a network of teaching farms all over China that allows students and farmers to learn from each other about how to generate higher crop yields via efficient fertiliser provision. His network benefits millions of low-level farmers. In China, Prof. Zhang strives to guarantee food security whilst simultaneously minimising the environmental impact.

The title of honorary doctorate is awarded to outstanding and internationally renowned researchers working in one or more scientific disciplines in which Wageningen University & Research is active. In addition, the impact of the honorary doctors' research on society must emphasise WUR's role in society and its position as a socially oriented academic institution. Honorary doctorates are awarded once every five years to mark the anniversary of WUR.