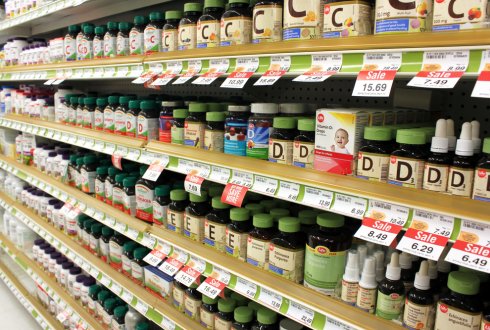 Innovation Industries announced today that it joins the financing round of A-Mansia Biotech S.A. (A-Mansia), the microbiome company focused on developing products based on the unique properties of the gut bacterium Akkermansia muciniphila The financing round will be used to progress development pipeline towards a market ready nutritional supplement.

Founded in 2016, A-Mansia is based on discoveries made by the founding scientists, Prof. Willem M. de Vos from Wageningen University & Research and Prof. Patrice D. Cani from the University of Louvain (UCL, Belgium). Isolated in 2004 at Wageningen University & Research (WUR), A. muciniphila is one of the most abundant species found in the gut microbiota, the population of microorganisms housed in the gastrointestinal tract. A. muciniphila is located in a particular niche: the mucus layer covering the intestinal epithelium. This location allows this bacterium to establish a close cross-talk with the host. Thanks to these interactions with the host immune and metabolic functions, A. muciniphila acts as a key gatekeeper to the intestinal barrier.

More than ten years of collaborative research in two well-recognized university laboratories have led to the demonstration that daily administration of live A. muciniphila can improve metabolic disorders and inflammatory conditions in mice fed with a high-fat diet. Pasteurised (heat-killed) A. muciniphila exhibited the same, or greater, beneficial effects and completely prevented the development of disorders induced by a high-fat diet in the preclinical model.

The first human exploratory study of A. muciniphila in volunteers is currently ongoing in University of Louvain’s hospital (Cliniques universitaires Saint-Luc, Brussels). Interim results confirm that it is safe and well tolerated. In parallel research, the team has identified active components isolated from A. muciniphila able to replicate the beneficial properties associated with administration of the whole bacterium.

The company controls a strong intellectual property portfolio, thanks to patents developed by both  Wageningen University & Research and the University of Louvain. Proceeds of this Series A financing will be used to advance the development of a proprietary nutritional supplement based on A. muciniphila through to commercial launch. Subjects with an increased cardio-metabolic risk (insulin resistance, hyperglycemia, high blood cholesterol, and visceral fat accumulation) are indeed characterized by lower A. muciniphila abundance in the gut. This supplement could then be key to maintaining health and immunity, normal glycaemia, normal blood cholesterol levels and avoiding excessive weight gain. Series A will also finance the start of pharmaceutical discovery effort based on active components isolated from A. muciniphila.

Innovation Industries joins the current round with an investment of five million euros, in which other leading investors also have participated, such as Seventure Partners (investing from several funds including Health for Life Capital), Fonds Vives II (University of Louvain, UCL), the SRIW Life Sciences and Nivelinvest, as well as historical supporter of the research, private investor Mr. Pierre Drion.

With the final investment from Innovations Industries, in which WUR participates, a direct trajectory from fundamental research to a market ready product, is about to be proven. “In this way we have been able to create an innovation ecosystem in which different international universities share their basic findings with next stage stakeholders like Innovation Industries to fight widespread and increasing societal and healthy problems,” says Sebastiaan Berendse, Director Value Creation at WUR.

Scientific co-founder Professor Willem M. de Vos said: “We discovered this unique symbiont when searching for intestinal bacteria that have an intimate relationship with humans. It is exciting to be progressing A. muciniphila to the next level and to be able to contribute to people’s quality of life.”