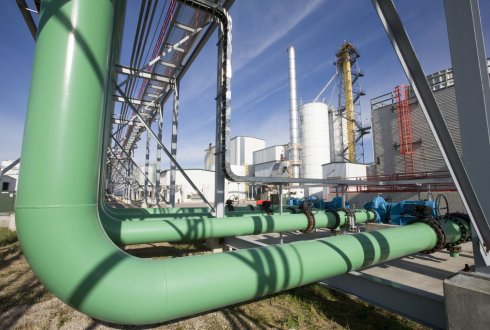 The European Commission asked for a systematic overview and analysis of the latest available scientific research on the greenhouse gas emissions of indirect land use change (ILUC) associated with the use of biofuels in the European Union. Specific attention is paid to options to reduce scientific uncertainties associated with estimating the ILUC effects of biofuel use, to the impact of and interactions with other EU policies, and to the possibility of setting criteria for the identification and certification of low-ILUC risk biofuels.

Most of the biofuels used in the EU are made from conventional crops, such as wheat, rapeseed and sugar beet. The production of crops used for biofuels directly and indirectly leads to a shift in agricultural land use, which is referred to as indirect land use change or ILUC. The conversion of natural vegetation to grassland or of grassland to cropland leads to a loss of carbon stored in above- and belowground biomass. The greenhouse gas emission from ILUC can be substantial and reduce the effectiveness of the use of biofuels to reduce the emissions from conventional fuels.

The European Union’s Directive (EU) 2015/1513 and the revised Directive 2009/28/EC (RES Directive) require that the European Commission provides information about the latest available scientific research on ILUC induced greenhouse gas emissions caused by the use of biofuels. A literature search was carried out that identified 1,248 relevant studies. Based on a two-stage selection process 105 quantitative ILUC assessments published after 2012 and 31 landmark studies from 2012 or earlier were selected and analysed in detail.

The results of the literature analyses suggest that estimates of the greenhouse gas emissions induced by ILUC effects of biofuels have not further converged since 2012. ILUC cannot be measured or quantified directly and therefore has to be modelled, but model results differ due to differences in modelling approach, input data, parameterisation, scenario assumptions and regional coverage.

A decomposition of modelling results shows that the use of biofuels from conventional crops leads to higher prices of agricultural commodities, which increases land productivity and reduces food consumption. Both effects limit the ILUC of biofuels use. Also the use of by-products of the conversion of crops to biofuels (e.g. oil cakes, dried distiller’s grains) as substitute for the use of crops as animal feed limits the ILUC of biofuels, although in some studies complex substitution effects result in a higher ILUC effect.

The result is that ILUC factors found in the literature vary significantly across biofuel pathways and studies. Studies that investigated uncertainties of model parameterisation conclude that parametric uncertainty has a significant effect on the results. As a consequence of these and other uncertainties it is difficult to further reduce the scientific uncertainties associated with estimating the ILUC effects of biofuels in the near future.

Certification of low ILUC-risk biofuels, as defined in the Directive (EU) 2015/1513, may be a promising strategy. However, studies investigating options to avoid or reduce ILUC often assume that land or by-products are available that can be used for biofuel production without competing with alternative uses.

However, empirical information about how much abandoned or low-productive land and how much by-products are available for biofuel production is uncertain. Further, it is unlikely that certification can avoid all negative effects and additional measures, beyond the scope of certification, are needed, such as integrated land use planning and protection of natural vegetation. The literature review also shows that little or no information is available about the consequences of other EU policies on ILUC effects of biofuels.

This project was carried out in 2016 and 2017 by the National Renewable Energy Centre (CENER) in Spain (project leader), Wageningen Economic Research and Wageningen Environmental Research, and the Netherlands Environmental Assessment Agency. A presentation of the project can be found here and the full report titled ‘Reporting requirements on biofuels and bioliquids stemming from the directive (EU) 2015/1513’ is available here.