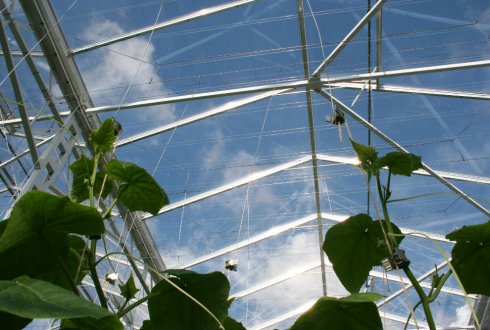 The pre-challenge of the international Autonomous Greenhouses Challenge, a 24-hour hackathon, will be livestreamed on 31 May and 1 June. Fifteen international teams have signed up for the challenge, and five will be shortlisted based on the results of the pre-challenge. The Autonomous Greenhouses Challenge revolves around greenhouses which take care of the entire crop with virtually no involvement from people.

The opening meeting of the hackathon, where the proposals of the 15 teams will be presented, will be broadcast live via the website of the Challenge on Autonomous Greenhouses from 9:00 on 31 May. The meeting which will announce the shortlisted five teams who will take part in the main challenge from September to December can be followed from 13:30 on Friday, 1 June.

During the second half of this year, the five shortlisted teams will be entrusted with a greenhouse compartment at the Bleiswijk research site of Wageningen University & Research. They will be invited to produce the best possible crop and highest possible yield with minimal use of resources such as energy and water and minimal human intervention, for example through the use of artificial intelligence. The winners of the challenge will be announced at the end of the year.

Many of the 15 registered teams have members who work in an organisation or company outside the Netherlands, such as Microsoft Research, Intel or Tencent. Other members come from familiar names in Dutch horticulture, including Delphy, AgroEnergy, LetsGrow, Philips Lighting and Syngenta. And some of the participants have a background in start-up companies. The teams also comprise growers with a lot of practical experience.

Overall, the teams have members with expertise in horticulture, artificial intelligence or a background in engineering and design. A relatively large number of BSc, MSc and PhD students are taking part in the challenge. The participants are also an international group, with students hailing from as far afield as Seoul National University, the National Autonomous University of Mexico, Humboldt University of Berlin, the Chinese Academy of Agricultural Science, South China Agricultural University and, of course, Wageningen University & Research itself.

The challenge is sponsored by Tencent, a leading provider of Internet services in China, and David Wallerstein, CXO of Tencent.