Researchers from the Royal Netherlands Meteorological Institute (KNMI) and Wageningen University are to receive the prestigious Väisälä Award for their innovative research that makes it possible to measure precipitation with the help of mobile telephone networks.

The World Meteorological Organisation (WMO) is presenting the Väisälä Award to Hidde Leijnse from KNMI, Aart Overeem (KNMI/WU) and Remko Uijlenhoet (WU) on 8 July in Sint Petersburg. The prize is for their method of measurement explained in the scientific article ‘Country-wide rainfall maps from cellular communication networks’, which was published in the journal Proceedings of the National Academy of Sciences of the United States of America in February 2013.

The article describes how the researchers were able to compile reliable rainfall maps for the whole of the Netherlands on twelve rainy days using T-Mobile data. The new technique, applicable in many parts of the world, can provide the rainfall data necessary for good water management, for weather predictions, agriculture and climate models.

To determine the quantity of precipitation, the researchers monitored how much a signal was weakened when sent between two telephone antennas. This weakening effect is directly related to the intensity of the rain that has fallen between the two antennas. By using a smart combination of rainfall predictions from 2400 radio signals, the researchers were able to make accurate country-wide rainfall maps.

The WMO is the intergovernmental organisation that, being part of the United Nations, is responsible for worldwide application and dissemination of meteorological methods. The Väisälä Award is named after Professor Vilho Väisälä (1889-1969), who is famous for his meteorological research. The prize will be presented during the combined WMO Technical Conference on Meteorological and Environmental Instruments and Methods of Observation (TECO) and the Exhibition of Meteorological Instruments Related Equipment and Services (METEOREX), which takes place in St Petersburg from 7 to 9 July 2014. 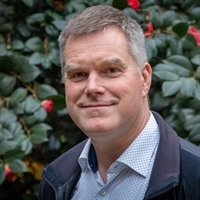