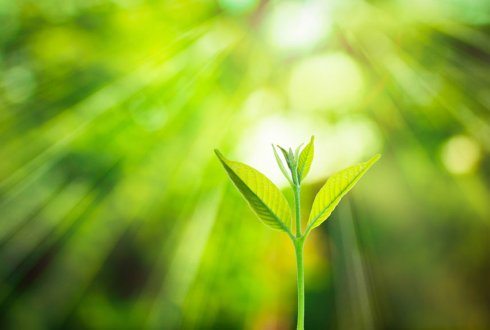 According to Mark Aarts, personal professor at the Laboratory of Genetics of Wageningen University & Research, there is a great deal we can do to improve plant photosynthesis. This seems counterintuitive: after all, most crops appear to be very efficient in this regard. For decades, they have been selected for increased production – they use nutrients efficiently, they capture the sunlight in an optimal fashion, and largely apportion assimilates to their harvestable parts, such as fruits, tubers or grains. However, a blind spot has become apparent in recent years: many crops do not utilise the collected solar energy as efficiently as they could for photosynthesis.

The efficiency of photosynthesis was already broadly investigated in the 1980s. While the idea was to improve it, this was found to be unfeasible. “The consensus was that photosynthesis was already very efficient and that did not seem to be much genetic variation suitable for selection,” says professor Aarts. “Today we have a better understanding of the genes involved and more precise measuring tools. We know that many genes play a role in photosynthesis and that there is considerable variation in the efficiency of sub-processes. Although the variation is often in the order of a few percent, once the various small contributions of selection and breeding are added up the difference may well be 10 to 20%.” The Wageningen University & Research chair groups Genetics and Horticulture & Product Physiology together investigate the opportunities. Breeding companies are very interested in this type of research and support it financially.

“Currently, photosynthesis by plants is probably optimal for a wild, natural situation, but may be optimised for a crop cultivation setting,” Aarts explains. “It is a delicate and yet rather aggressive process, involving potentially dangerous energy fluxes, which includes many protective mechanisms to keep this process under control. This is probably best for natural conditions in the field. Crops however are often grown under more controlled conditions, whether in the field or in greenhouses. This means that they might be able to do without some of the protective mechanisms, especially if they pose a limit to production," says Aarts.

Under optimal conditions, the differences in the efficiency of photosynthesis are small. However, stress such as excessive cold, heat or drought can bring out substantial differences in efficiency, and this allows for selection. The current research is carried out on the model plant Arabidopsis, or thale cress, because all its genes have been mapped and their DNA sequences are exactly known.

The importance of modern measurement technology

The question is, of course, why breeders have not done this much earlier. The simple answer is: It's complicated, and thus difficult, to find the genetic component in the variation in photosynthesis. Firstly, to discover the comparatively tiny differences, it is necessary to repeatedly carry out simultaneous measurements in controlled conditions. “This is very challenging to do in the field,” Aarts says. “And even if you would temporarily move the plants into a climate cell you will have trouble identifying heritable differences. Plants must first acclimatise before the variation is detectable. And those small differences are relevant: if we can boost ten different characteristics with this method, the ultimate improvement will be 10 to 20%. Moreover, there is not necessarily a linear relationship between photosynthesis efficiency and production. A higher efficiency can lead to larger yields, but also, for example, to increased production of substances that protect the plants from predators. This means that the result of selection may not be obvious at first sight.”

A second issue is that the specialised measurement equipment did not exist back then. "The measuring technology is crucial. We measure the efficiency of photosystem II (one of the two systems that harvest light and convert it into chemical energy) by giving the plant a light pulse and registering what happens with a camera. This is best done on plants that are left alone and not moved around, to get the most useful measurements.”

When it is clear which genes play a role and what variation there is, it becomes possible to select the plants with the best genes and use them in the breeding process. “Genomic selection can be an important tool in this context. This approach was pioneered in animal breeding but is also useful for plant improvement. It involves making a model which indicates how certain properties are distributed in a population and which marker genes contribute to them. Gene marker data thus allows the most relevant genes to be combined in order to achieve higher production.”

The Phenovator takes photos of the plants a couple of times a day and uses the images to measure the size and colour of all the plants. This lets researchers measure the photosynthesis, growth and movement of the plants day and night.