Cyanobacteria, also known as blue-green algae, have an ingenious system to prepare themselves for the coming daylight when it is dark by setting up a large ‘antenna’. This antenna helps them capture light energy in an efficient way, while also providing protection against damage to the photosynthesis mechanism of the bacteria. This revolutionary discovery about the functioning of the antenna was made by the Laboratory of Biophysics of Wageningen University. “Enhancing the photosynthesis of our crops is as important as the Green Revolution has been” says Eric Schranz, professor in Biosystematics. “To achieve this improvement we need new and very detailed information about the possibilities which nature provides. This new knowledge is therefore a major breakthrough.”

Cyanobacteria are among the ‘oldest’ organisms on earth. They live in the water and play a key role in capturing CO2 and producing oxygen. While their photosynthesis method can be compared to that of plants, they also have specific adaptations in order to function well in relatively dark water. Their light-capturing ‘antennas’ are very important in this process and are linked to two ‘photosystems’.

“The first photosystem separates water, in which oxygen is released as a by-product,” explains Herbert van Amerongen, professor in Biophysics at Wageningen University. “This creates electrons that move to the other photosystem and enable various other reactions. Together, the systems facilitate the eventual formation of sugars as an end product of the photosynthesis.”

Although the blue-green algae do not capture CO2  at night, they do continue to breathe. Various systems become saturated with electrons as a result, which is a dangerous situation when it becomes light. “It may create free radicals that can damage the photosynthesis mechanism,” Van Amerongen adds. For this reason, the bacteria set up an extra-large antenna while it is still dark so they are able to utilise the light energy without damage. “Once the surplus of electrons has been removed – and the danger has passed – part of the antenna is disconnected and continues to float in the cell.”

This insight undermines existing theories about the functioning of such antennas in photosynthesis. Involving fundamental research, the discovery also contains a social aspect: cyanobacteria are used in a revolutionary technique for developing biobased fuels as an alternative to oil and gas in the BioSolar Cells programme. “It is very useful to gain a better understanding into the photosynthesis of these organisms, which would allow us to further improve efficiency,” says Van Amerongen.

Van Amerongen’s colleague Eric Schranz sees the relevance extending even further than that. Enhancing photosynthesis is one of the spearheads of Wageningen UR and this type of fundamental understanding enables many new applications, even in the plant world.

“We need to gain better insight into photosynthesis to feed the growing global population and adapt crops to climate change,” he explains. “Our crops currently manage light energy inefficiently. Less than one per cent is converted into biomass, while, in theory, ten per cent is feasible. Even an increase to two per cent would have a hugely positive effect on food production worldwide. To do so, we need to have insight into the full range of natural possibilities for photosynthesis. This includes the functioning of blue-green algae in low light conditions and Alpine plants in extremely high light intensities. We can learn a great deal from their reaction to changing light levels.”

An understanding of the extremes has enormous value, especially in view of climate change. Schranz: “The great thing about Wageningen UR is that we have a wide knowledge platform, from fundamental research to applied research, and a broad range of very different disciplines. This way we effectively translate fundamental insights into innovations.” 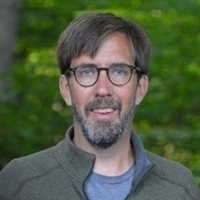 This article was also published in Plant Life, the digital newsletter on plant research at Wageningen UR.
Do you want to receive Plant Life eight times a year in your mailbox for free?