It will prove difficult to achieve the European Green Deal goals if the current stringent EU-legislation on the continuation of new breeding technologies such as CRISPR-Cas, remains in effect. Thus say Wageningen researcher Justus Wesseler and his colleague Kai Purnhagen in a lengthy article in Applied Economic Perspectives and Policy.

The researchers speak out at the very moment the Nobel prize for Chemistry is awarded on 7 October to the researchers who developed CRISPR-Cas. Emmanuelle Charpentier and Jennifer A. Doudna are the pioneers of this technology, which allows DNA to be altered using so-called “genetic scissors”. This enables the removal of errors in DNA with utmost precision. ‘This technology has an unprecedented impact on life sciences, contributes to novel cancer therapies and opens possibilities to achieve the dream of curing hereditary diseases’, says the Nobel committee.

CRISPR-Cas is the research domain of John van der Oost. He has collaborated closely with Emmanuelle Charpentier and Jennifer A. Doudna for many years. The Nobel laureates claim this Spinoza award winner has contributed significantly to the success of this topic. 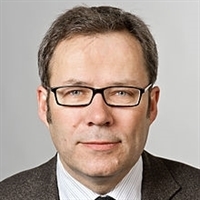 Do you have a question about the European Green Deal? Please contact one of our experts: prof.dr. JHH (Justus) Wesseler
Contact form + Show more (1)