Identities are dynamic, constructed and reconstructed across time and space. Yet, when they are questioned, tensions frequently rise. Consider, for example, when Argentine-born Maxima, now Queen of the Netherlands, suggested in a controversial 2007 speech that ‘The Netherlands is too complex to sum up in one cliché. A typical Dutch person doesn't exist’. Acknowledging the complexity of identity challenges right-wing political parties in the Netherlands and elsewhere throughout Europe to attempt to simplify the politics of identity into an essentialised ‘us/them’ binary, positing the ideals of a ‘majority’ population in opposition to ‘minority’ populations. They argue that the ‘dominant majority’ should have more say in establishing (national) identities than ‘minorities’, stoking anti-immigrant and anti-Islam sentiment.

In light of the growth in popularity of anti-immigrant views, this conference session seeks to generate timely reflection and discussion about what heritages and whose heritages currently are – and could be – included in the many sites in which representations of (post-)national history and identity can be found. In 2015, the ‘Decolonising the Museum’ conference (http://www.internationaleonline.org/media/files/decolonisingmuseums-2.pdf) stimulated postcolonial reflection on the limits and possibilities in the 21st century of museums and archives with holdings representing Europe’s colonial legacy. In line with the 2017 Value of Life conference foci on what makes a life matter, social practices around valuing life, and the constitution of ‘population’ as an object of government, we use this conference session to extend such postcolonial reflection.

For this session, we invite participants to reflect on the ‘Canon van Nederland’ (http://entoen.nu/). Those curating the Canon have sought to foster critical reflection on how people, especially schoolchildren, are ‘trained’ to understand and position themselves in relation to ‘Dutch’ heritage within and beyond the contemporary borders of the Netherlands. The Canon, accessible via an online archive and currently managed by the Openluchtmuseum, assumes a post-national perspective and intends to provide an opening for dialogue both within and outside of schools about the dynamic ways in which ‘Dutch-ness’ travels, emerges and manifests itself through time and space (http://www.entoen.nu/doc/AKeyToDutchHistory.pdf).

We ask scholars, heritage practitioners and community representatives concerned with identifying, protecting, collecting and communicating migrant heritage (e.g., experiences of economic migrants, refugees and asylum-seekers, development workers, international students, soldiers, missionaries, etc.) to critically engage with the Canon. What might the Canon look like through the varied lenses of people with diverse migration experiences? Who is involved in assessing what heritages are worthwhile to remember, protect and share?

Building on discussions in Session 1, we then turn to the ‘glocal’ level. In this session, we get scholars, heritage practitioners and community representatives concerned with identifying, protecting, collecting and communicating migrant heritage to reflect on what could be included in a ‘Canon van Wageningen’, as Wageningen (the site of the conference) has not yet been included in the Canon van Nederland regional site (http://www.regiocanons.nl/). Wageningen – as a home to the Netherlands’ most internationally-diverse university, a base for far-reaching agricultural development and humanitarian aid interventions around the globe, and a significant site for the Second World War – provides opportunities to examine which and whose heritages have been and can be acknowledged and represented at a ‘glocal’ level. 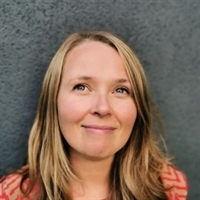 Those interested in participating are requested to submit a 250-word abstract to Meghann Ormond (meghann.ormond@wur.nl) and Karin Peters (Karin.peters@wur.nl) along with a short bio by no later than 13 January 2017.