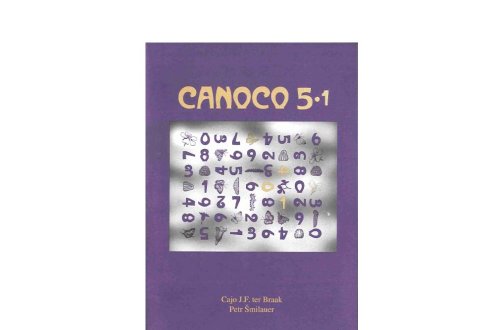 Canoco 5.1 implements new methods for trait-environment analysis and for micro-biome data analysis. Existing Canoco 5 customers can update to Canoco 5.1 with the usual update process from within Canoco 5.

The new method designed for micro-biome analysis is weighted log-ratio PCA (Greenacre and Lewi, 2009), and in similar vein, RDA. A fully worked example of the possibilities of Canoco for microbiome analysis is included in the new release.

The rationale for the new trait-environment methods has been summarized in a presentation and two published papers. The first paper links the fourth-corner GLM-based regression and gives the extension to the multi-trait multi-environmental variable case, which is simple double constrained correspondence analysis (dc-CA). The second paper gives a full description of dc-CA and the algorithm used by Canoco.

The new release has a reworked manual that comes with each new license. The free update comes with pdfs in the Canoco5/pdf folder containing the major changes in Canoco 5.1 (see details).