The carbon emissions and removals due to land cover changes between 2001 and 2010 in the Vu Gia Thu Bon River Basin, Central Vietnam, were estimated using Landsat satellite images and 3083 forest inventory plots. The net emissions from above- and belowground vegetation biomass were equal to 1.76 § 0.12 Tg CO2, about 1.1% of the existing stocks. The vast majority of carbon emissions were due to forest loss, with the conversion of forest to cropland accounting for 67% of net emissions. Forest regrowth had a substantial impact on net carbon changes, removing 22% of emissions from deforestation. Most deforestation occurred in regrowth forest (60%) and plantations (29%), characterized by low carbon stock density. Thus identifying the type of forest where deforestation occurred and using local field data were critical with net emissions being 4 times larger when considering only one forest class with average carbon stock, and 5–7 times higher when using literature default values or global emission maps. Carbon emissions from soil (up to 30 cm) were estimated for the main land change class. Due to the low emission factors from biomass, soils proved a key emission category, accounting for 30% of total land emissions that occurred during the monitoring period. 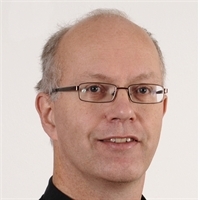