Ecosystems and global food production are more vulnerable to climate change than previously thought. This is according to the climate report published by the United Nations Intergovernmental Panel on Climate Change (IPCC) on 31 March 2014.

Global warming is inevitable, science states. Measures to limit climate change and to adapt world food production to the new climatological circumstances are absolutely necessary. According to the IPCC report, the negative effects of climate change are considerably greater than the positive ones.

Measures to ensure that sufficient food and other agrarian raw materials will be cultivated in a sustainable manner even in changing climatological circumstances are collectively termed ‘Climate-Smart Agriculture’. This type of agriculture will also focus on mitigation, i.e. limiting greenhouse emissions that are causing global climate.

Impact of climate change on ecosystems

Ecosystems will change completely as the weather warms up, researchers predict. And it seems temperature increases will cause those changes to take place more rapidly than was thought possible several years ago. Rik Leemans, Professor in Environmental System Analysis at Wageningen University, is one of the review editors of part two of the IPCC report: “The present report contains a variation on the diagram I introduced into the IPCC report 10 years ago. Then, my diagram had three colours to show how much pressure there was on various species. A temperature increase of 1½ to 2 degrees would mean many species would be included in the 'yellow' category. A global temperature increase of 2°C would mean the 'red' category; around a quarter of all species would be threatened with extinction. The diagram now included in the report shows the colour red for an increase of just 1°C. And another category, 'purple', has been added.”

A student at Wageningen University, Lena Schulte-Uebbing, helped scientists who were writing the chapter on Africa for the climate report. "As a Bachelor’s student I was doing an internship for four months in the Technical Support Unit of Stanford University, which was providing assistance to climate researchers. When they asked me if I would like to remain involved, I jumped at the opportunity. So, in addition to my Master’s programme, I worked as a ‘chapter scientist’, providing assistance to the authors who were writing the chapter on Africa. Two of them were American and the rest were researchers from various African countries. I worked in the Netherlands and did, for example, literature assessments, reference checking and formatting of illustrations. In addition, I attended three lead-author meetings in which all the scientists working on that second part of the IPCC report came together." Schulte-Uebbing’s work for the IPCC has now come to an end. She recently joined Rik Leemans’ group as a PhD candidate. 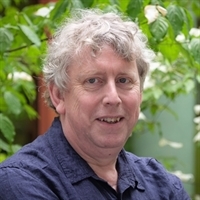