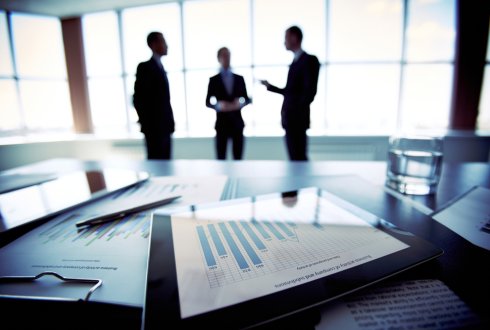 Complexity theory is needed for a better understanding and management of financial-economic crises, according to an article published in Science. The article, which is authored by an interdisciplinary group of scientists from the fields of economics and banking, ecology, epidemiology, physics, computer science and sociology argues that applications of complex networks, agent-based models and laboratory experiments offer great potential to better grasp complex financial economic systems.

Traditional economic theory could not explain, much less predict, the near collapse of the financial system and its long-lasting effects on the global economy. Since the 2008 crisis, there has been increasing interest in using ideas from complexity theory to make sense of economic and financial markets. Concepts such as tipping points, networks, contagion, feedback, and resilience have entered the financial and regulatory lexicon. According to the authors, recent insights and techniques offer potential for better monitoring and management of highly interconnected economic and financial systems, and thus may help anticipate and manage future crises.

‘Recent research has revealed generic empirical quantitative indicators of resilience that may be used across complex systems to detect tipping points’, says Marten Scheffer an ecologist leading a research programme on tipping points at Wageningen University. ‘These indicators were first predicted mathematically and subsequently demonstrated experimentally in real complex systems in ecology and other life systems’.

The importance of network effects

Complex network models may provide early warning signals for upcoming crises, says Diego Garlaschelli, a physicist leading an interdisciplinary group at Leiden University. ‘A recent study of the Dutch interbank network showed that a heterogeneous network model could identify an early warning signal three years prior to the financial-economic crisis of 2008.’ The importance of network effects for the financial system is also stressed by Stefano Battiston, a network economist at ETH Zurich: ‘Recent research on contagion in financial networks has shown that network topology and positions of banks matter; the global financial network may collapse even when individual banks appear safe. Capturing these effects is essential for quantifying stress on individual banks and for looking at systemic risk for the network as a whole.’

‘Laboratory experiments with human subjects can provide empirical validation of individual decision rules of agents, their interactions and emergent macro behavior’, says Cars Hommes, who leads a group of behavioral economists at the University of Amsterdam. ‘Recent lab experiments studying behavior of a group of individuals show that economic systems may deviate significantly from rational efficient equilibrium at both individual and aggregate levels. Monetary and fiscal policies and financial regulation designed to weaken positive feedback are successful in stabilising experimental macroeconomic systems when properly calibrated.’

‘It is an opportune time for academic economists, complexity scientists, social scientists, ecologists, epidemiologists, and researchers at financial institutions to join forces and develop tools from complexity theory, as a complement to existing economic modeling approaches’, says Andy Haldane, Chief Economist of the Bank of England. ’One ambitious option would be an online, financial-economic dashboard that integrates data, methods and indicators. This might monitor and stress-test the global socio-economic and financial system in something close to real time, in a similar way as is done with other complex systems such as weather systems or social networks.’