Research on grasslands in Ireland, supervised by Prof Gary Lanigan (Teagasc - the Irish Agriculture and Food Development Authority) and Prof Rachel Creamer and Prof Rogier Schulte (Wageningen University & Research) has revealed that soils with high clay content in deeper layers lock away carbon for much longer, and at much greater depth than previously known. Publishing their results in Nature Scientific Reports, the authors demonstrate how these soils may play a prominent role in mitigating climate change and compensating for some of the greenhouse gas emissions from agriculture.

It is well known that all soils play an important role in the global cycle of carbon: soils store three times the amount of carbon that is contained within the atmosphere, and can be either a source of carbon emissions through land degradation, or a sink through the fixation of carbon into soils, a process known as sequestration. The Paris Agreement of the United Nations Framework Convention on Climate Change (UNFCCC) acknowledges the role of soils in climate mitigation through the 4per1000 initiative.

However, the international framework for counting soil carbon has thus far only considered the top 30 cms of soil, known as topsoil. The study confirms that this is indeed the layer that contains the largest quantity of carbon: up to two-thirds of all soil carbon. However, Dr Gemma Torres, lead author from Teagasc and the University of Limerick, explains: “most of the carbon in the topsoil is bound to the larger soil particles. These provide a tasty meal to soil organisms, which quickly release the carbon back into the atmosphere. This means that most of the carbon in the topsoil is locked away for less than 10 years”.

Prof Creamer of Wageningen University & Research (WUR) adds that at greater depths, the carbon is bound to increasingly smaller soil particles, and kept out of reach of soil organisms, typically for decades, rather than years. The new research reveals that in grassland soils with high clay content in deep layers, where the clay particles have washed from the topsoil to the subsoil (a process known as clay illuviation), this effect is most pronounced.

Prof Schulte of WUR explains that the findings of the study have significant and positive implications for the role that European agriculture can play in mitigating climate change: “The new proposals by the European Commission for an Energy and Climate Framework for 2030 allows for a degree of flexibility in using soils to offset some of the agricultural emissions. After all, locking away carbon into the soil is one of the more cost-effective ways in which agriculture can contribute to reducing greenhouse gases in the atmosphere. Our research shows that grassland soils with high clay content in deeper layers have even more potential than previously thought and can play an important role in the plans of EU Member States to meet their climate obligations; this opens up opportunities to incentivise climate-smart land management, customised for contrasting soils.”

Prof. Lanigan of Teagasc noted that "Irish grasslands are rarely disturbed so soil organic carbon in topsoil has possibly reached saturation. Thus, we need measures to incentivise the maintenance of these stocks as well as attempting to sequester more carbon." 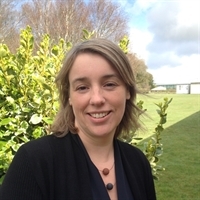