Abstract
Landslides are a major category of natural disasters, causing loss of lives, livelihoods and property. The critical roles played by triggering (such as extreme rainfall and earthquakes), and intrinsic factors (such as slope steepness, soil properties and lithology) have previously successfully been recognized and quantified using a variety of qualitative, quantitative and hybrid methods in a wide range of study sites. However, available data typically do not allow to investigate the effect that earlier landslides have on intrinsic factors and hence on follow-up landslides. Therefore, existing methods cannot account for the potentially complex susceptibility changes caused by landslide events. In this study, we used a substantially different alternative approach to shed light on the potential effect of earlier landslides using a multitemporal dataset of landslide occurrence containing 17 time slices. Spatial overlap and the time interval between landslides play key roles in our work. We quantified the degree to which landslides preferentially occur in locations where landslides occurred previously, how long such an effect is noticeable, and how landslides are spatially associated over time. We also investigated whether overlap with previous landslides causes differences in landslide geometric properties. We found that overlap among landslides demonstrates a clear legacy effect (path dependency) that has influence on the landslide affected area. Landslides appear to cause greater susceptibility for follow-up landslides over a period of about 10 years. Follow-up landslides are on average larger and rounder than landslides that do not follow earlier slides. The effect of earlier landslides on follow-up landslides has implications for understanding of the landslides evolution and the assessment of landslide susceptibility. 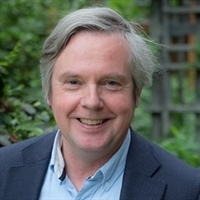