The Randstad has the least attractive rural area in the Netherlands, while Drenthe is the most appreciated region. This has come as the result of the National Landscape Survey by Natuurmonumenten, carried out by Wageningen Environmental Research. With over 45,000 respondents, it is the largest public consultation about the Dutch landscape in history. The Dutch landscape receives on average a mark of 7.5 out of 10.

The differences in appreciation are large, looking at it nation-wide. Drenthe scores on average an 8.1 and South Holland a 6.7. The immediate surroundings of the three largest cities score even as low as a 6 or lower. This effect is significantly smaller around cities in the rest of the Netherlands. “In Utrecht for example, the fourth city of this country, you find that the effect of the city on the appreciation of the landscape is far less than elsewhere in the Netherlands, ” says Arjen Buijs, senior researcher of Wageningen Environmental Research. “The further to the east, the higher the appreciation of the landscape. North Brabant, that also scores relatively low, is an exception to this.”

The presence of birds, insects and other animals appear to be most important for a high appreciation of the landscape. Also trees, hedgerows and flowers contribute to its attractiveness. Industrial parks and houses, on the contrary, bring the evaluations down. Arjen Buijs: “We have done much research into the quantity of green areas in the Netherlands. What makes this survey so special, is that now many people could indicate what they actually think of the landscape in their surroundings and which elements in it are important to them. This gives a clear picture of the whole of the Netherlands.”

There are also concerns about the future of the landscape. People see the number of animals, flowers and trees declining in their environment, while they observe that the number of houses and industries are on the rise. When it is about responsibility for the conservation of the Dutch landscape, almost everybody is looking at the government (92%). Nature conservation actors are then seen as being the most responsible, followed by farmers and businesses. Citizens themselves are the least responsible, according to the respondents. Measures aimed at protecting the landscape receive wide support, like giving  farmers financial subsidies for nature-friendly management. Appealing to the own responsibility of farmers scores lowest.

The researchers also looked into the fitting in of wind turbines and solar panels in the landscape. A slight majority supports the placement of wind turbines on land. This support depends however strongly on the location, where the turbines should come, with a clear prevalence for locations close to motorways, harbours, business- and industrial parks. A vast majority is against placement in nature areas (78%) or in small-scale rural landscapes. There is little support for solar fields in the rural areas, while the image of solar panels on roofs of industrial buildings and homes seems to have become completely accepted: respectively 99% and 92% finds these places suitable. 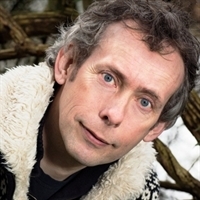 Do you have a question about landscape appreciation? Ask our experts: dr. AE (Arjen) Buijs
Contact form + Show more (1)