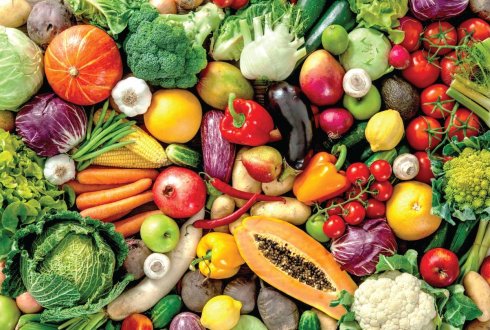 A new initiative called ‘United against food waste’ was launched today in the Netherlands. The originator is the Task Force Circular Economy in Food, which consists of a large number of companies, research institutes, civil society organisations and government bodies. The task force aims to reduce food waste in the Netherlands by half in 2030 compared to the 2015 figure. The Dutch Ministry of Agriculture, Nature and Food Quality will provide a total of seven million euros over the coming four years to support this objective via investments in innovation, research, monitoring and education.

In recent months, the Circular Economy in Food Task Force has put together a national agenda against food waste that consists of goals reaching all the way until 2030. And the agenda is truly ambitious. At present, a third of the food prepared across the world is wasted. The task force aims to halve this proportion in the Netherlands by 2030. This will boost the country’s pioneering ambition to become the first in Europe to meet Target 12.3 of the United Nations’ Sustainable Development Goals (which calls on all nations to halve food waste and reduce food loss by 2030).

To achieve this goal, a large number of companies, NGOs, research institutes and government bodies have formed a coalition. Together, they will undertake a number of actions and initiatives to structurally reduce waste from farm to fork in the coming years. More companies will be approached to join in order to maximise the impact of the task force.

The Minister of Agriculture, Nature and Food Quality Carola Schouten has announced financial support for the task force. This will be used for monitoring, research, innovation & business cases, campaigning and creating an inventory of laws & regulations.

About the task force

The Circular Economy in Food Task Force has 25 members, including Rabobank, the Ministry of Agriculture, Nature & Food Quality, McDonald's Netherlands, Voedingscentrum, Hutten Catering, Protix and Wageningen University & Research. While the theme of food waste has long been on the political agenda, this is the first time that such a large-scale partnership covering the entire food chain has been formed, and with such major ambitions.

To demonstrate the actions that the members of the task force are undertaking, they have launched a collective initiative entitled Samen tegen voedselverspilling (‘United against Food Waste’).