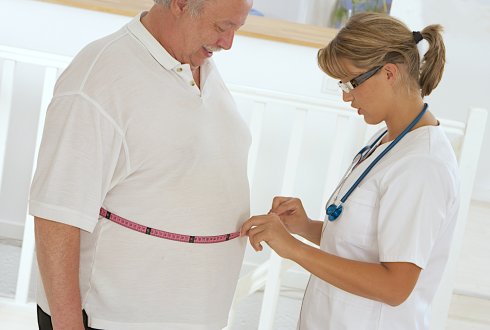 Metabolic disturbances are a major cause of chronic diseases including obesity, diabetes, atherosclerosis, and hypertension, thereby increasing health insurance costs and early death of patients. Early detection could prevent this.

An increasing proportion of the western population suffers from diet-induced metabolic and endocrine abnormalities causing diseases like obesity, diabetes, atherosclerosis, high blood pressure, heart problems, and cardio-vascular diseases. High health costs for society and early death  of the patient are often related to these diseases. Once fully developed, metabolic diseases are  difficult to reverse.

However, before the clinical symptoms of disease become apparent, there is often a subclinical period which may last for many years. During this subclinical period, abnormal metabolism may be present in the patient-to-be, but it is not yet noticeable in daily life. Detection of early-onset changes related to metabolic syndromes might help to prevent progression of the disease or to enable the initiation of interventions at an early stage of disease. If recognized during this preclinical phase, lifestyle changes can reverse the pathogenic effects of pre-metabolic disease without damage to the health of the person.

We have used a pig model to study the measurable changes in  blood during this preclinical phase of metabolic disease. The pigs were fed either a low saturated fat, healthy diet, or a high saturated fat, unhealthy diet. Pigs are a good model animal for humans because humans and pigs show high similarity among nutritional, metabolic and physiological mechanisms. We showed that changes  in blood plasma protein levels could be detected  related to the different diets. Biological functional analysis of these proteins showed that they relate to, among others, cholesterol metabolism, immune mechanisms, blood clotting and other biological mechanisms known to be involved in metabolic diseases, also known as the metabolic syndrome.

If these proteins could be validated in humans, these protein levels could therefore be used as an early warning system that  metabolism is changing towards the metabolic syndrome and general unhealthy status.