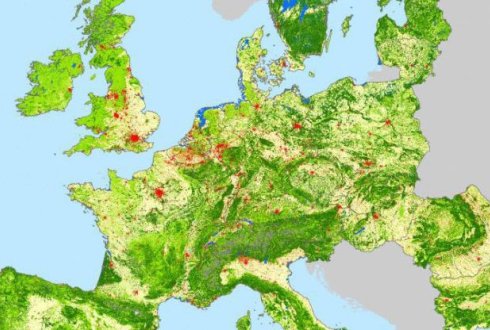 Recent the work of Richard Fuchs has been extensively discussed in two interviews in the the German news-site Spiegel online, and in the Washington Post online.

Within the last 100 years, Europe has experienced two World Wars, the end of communism, the emergence of the European Union and a series of other transformative political and economic developments. A team of scientists has now been able to visualize the impact of historical events in maps that show the growth and decline of settlements, forests and croplands.

The map, shown above, is the result of a research project led by Dutch scholar Richard Fuchs from the University of Wageningen. Besides regional political and economic trends, Europe's landscape was shaped by several larger developments of the 20th century, according to Fuchs.

Links to the interviews