Offering light varieties of sweets, soft drinks or snacks only leads to over-consumption of these low-calorie products, in the long-term as well. It does not contribute to the reduction of obesity in the population. This was demonstrated in a recent study by the Wageningen marketing professor Joost Pennings. The study was published in the International Journal of Research in Marketing.

It has already been demonstrated that consumers eat more light crisps once they have switched to them. However, now it appears that this behaviour persists even a full year later. In fact, next to the ‘light’ versions, they also once again consume the familiar varieties of their favourite sweets. On average, they buy 13% more calories the year after their first ‘light’ purchases than compared to the previous year. This is why the research team made up of Kathleen Cleeren (KU Leuven), Kelly Geyskens, Maastricht University, Peter C. Verhoef (University of Groningen) and Joost Pennings (Wageningen University) advises the government to exercise care when promoting light products.

Curbing the lifestyle disease of obesity has been a concern of the government for decades. The food industry is seeking to benefit from this development and therefore offers light versions of crisps, candy and soda, for example. The health claim that these products contain fewer calories per 100 grams may be true, but because more is consumed this claim is counterproductive. Pennings explains: "People feel guilty when they eat something that makes them fat, but if they switch to light, they seem to immediately eat more of the product. This then becomes a habit, where they not only eat the light version, but to a certain extent often also return to the regular variety." It is the first time that this long-term effect has been scientifically established after one year.

The study focused on the consumption of light crisps, but according to Prof. Pennings the claims extend to all "hedonistic" products, including sweets and soda, which mostly have a pleasure function. The researchers relied on information from market researcher GfK, which followed the purchases of a sampling of households. The researchers chose households that had just switched to light crisps and counted the corresponding amount of calories. According to Joost Pennings, the results also apply to other Western European countries and the United States.

Due to these findings, Pennings and his colleagues believe that the government should be careful in its promotion of light products: "Light is not bad but we must be aware of the psychological impact of the claim. If we want overweight people to actually consume fewer calories, we need to educate them better."

Regular or low-fat? An investigation of the long-run impact of the first low-fat purchase on subsequent purchase volumes and calories. Kathleen Cleeren, (KU Leuven), Kelly Geyskens (Maastricht University), Peter C. Verhoef (University of Groningen) and Joost M.E. Pennings (Wageningen University) will be published at the end of this year in the International Journal of Research in Marketing. Access to the data was obtained through the support of Aimark. 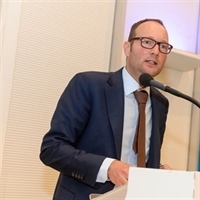