Fertiliser is not just a waste product; it is also full of potentially valuable components. Wageningen Environmental Research recently showed that recovering phosphorus nutrients from animal manure works both in the lab and at a small scale. This was already known for nitrogen and potassium. Whether this process can also be successful at a large scale in practice will be determined by the Wageningen scientists in the SYSTEMIC EU research project. In the meantime, Wageningen Livestock Research is concluding research into recovering high-value components from fertiliser. Thus far this seems to be a more difficult process.

Nitrogen, phosphorus and potassium are important nutrients which are present in fertiliser and employed at a large scale via animal feed and crop growth. Nitrogen and phosphorus are produced by fossil raw materials (phosphorus) or by using high quantities of fossil energy (natural gas for nitrogen). In the current agricultural production systems, part of these nutrients is lost to the environment as emissions. The Dutch livestock population annually secretes some 500 million kilos of nitrogen and 175 million kilos of phosphate via manure and urine.

Approximately 130 million kilos of phosphate can maximum be applied on Dutch agricultural land as animal manure due to legislation. The intensive pig and poultry farms in particular have trouble offloading their manure. Poultry manure, either non-composted or incinerated as ash, is a sought-after product, with a substantial export market in countries such as France. Pig manure has a lower degree of acceptance, because its nutrient ratio is unfavourable for arable crops. The pig manure excess is therefore now largely exported, resulting in high transport costs.

The concept behind SYSTEMIC is to recover nutrients and remove water from the produced manure. The recovered nutrients are processed in such a way that they achieve a level of effectiveness similar to mineral NPK fertilisers produced from natural gas or fossil ores. This way SYSTEMIC perfectly addresses the principles of the circular economy.

The difficulties in designing a process in which nutrients are recovered include the varying compositions of the supplied manure or digestate, quality control, and cost management. “Our starting point is the price pig farmers have to pay now to offload their manure,” says SYSTEMIC coordinator Oscar Schoumans of Wageningen Environmental Research. “This amounts to 20 to 25 euros per cubic metre. These costs are now largely spent on transport and marketing, because the manure is transported over large distances. This means they can break even if the process would cost less than 20 euros per cubic metre.”

The Dutch pilot project takes place at Groot Zevert Vergisting in the Dutch province of Gelderland. First, biogas is generated via fermentation, which is then transported to the nearby Campina plant via a pipeline. The remaining digestate is separated in a decanter into a phosphate-rich fraction and a nitrogen-potassium-rich liquid fraction. Micro particles, ammonium sulphate (nitrogen) and potassium are then extracted from the liquid fraction in various steps. What remains is water that is so clean that it can be discharged directly into the surface water. Schoumans: “This water does not need to be transported – and it comprises 60 to 80 per cent of the volume of pig manure, so this is how much transport costs one can save.”

Calcium phosphate is recovered from the solid fraction. Like nitrogen and potassium fractions, this could be reprocessed in artificial fertiliser, and perhaps in animal feed in the long term. What remains is a phosphate-poor organic fertiliser, which can easily be used in Dutch agriculture. “This way we can solve the problem for the agricultural sector, namely that there is too much phosphate in pig manure to apply it as an organic soil improver.”

In addition to Groot Zevert Vergisting SYSTEMIC will be starting four other pilot projects in the UK, Belgium, Germany and Italy, which should show whether these processes, which have now proven to be effective for several cubic metres of sludge or manure at a time, can also be upscaled to large-scale processing (50,000 to 200,000 tonnes).

Meanwhile, Wageningen Livestock Research is trying to determine whether this concept can be taken a step further in the ‘Mest Vol Waarden’ [‘manure full of value’ – ed.] study. The research is focused on high-quality components in manure, which have a higher value than the phosphorus, nitrogen and potassium produced at low costs. “The wildest stories are circulating in the agricultural sector. That there is a goldmine of valuable components in manure, for example. We performed the first study to see which of these stories are true,” explains Nico Verdoes, project leader at Wageningen Livestock Research. This resulted in a list of components with potential value, such as amino acids, organic material, heavy metals such as zinc, volatile fatty acids and hormones.

The majority of these components were abandoned in a follow-up study, however. “Hormones and heavy metals do have value, but the concentrations are so low that it is economically unprofitable to extract them from manure. Minerals such as nitrogen, phosphorus and potassium are not yet profitable for farmers with the current technology, but they may become so via large-scale manure processing. I don’t want to get ahead of the research results, but there are a few components that may be extracted from manure in an economically profitable way.” Verdoes does not expect manure to become a profitable by-product of livestock farming in the short term, and says that such an expectation would be unrealistic. “Manure is what remains after animals have already extracted the for them valuable components. Fewer valuable components will be recovered from manure than from, say, slaughterhouse waste, but we will continue to look for components that may have market value in the longer term.” 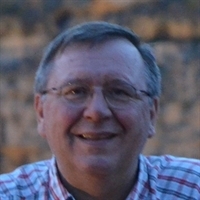