ADHD symptoms in young children can be greatly reduced by following the ‘few-foods diet’. This is a short-term diet that consists of a limited number of ‘safe’ foods. In contrast, the effects of fish oil and food dyes on ADHD appear to be small. This was the conclusion of a study conducted by researchers at Wageningen University & Research and the ADHD Research Centre in Eindhoven, which has been published in PLOS ONE. Further research into the mechanism underlying the few-foods diet could make this therapy, which is now suitable only for young children with highly motivated parents, more widely applicable.

The recent study determined the effects of three diet interventions on ADHD: fish oil, food dyes and the few-foods diet. The conclusions were based exclusively on meta-analyses of double-blind randomised controlled studies in which the researchers, the parents and children did not know whether they were being given the real intervention or placebo therapy. Moreover, all children had to be diagnosed with ADHD. The effects of two interventions that are frequently administered – fish oil supplements and a diet free of food dyes – were shown to be too small to be used as standard therapies. However, the few-foods diet was shown to have a large effect on ADHD, which means that the few-foods method can provide a valuable contribution to the treatment of this disorder.

The few-foods method consists of three steps. First, a short-term few-foods diet is used to determine whether a child with ADHD symptoms responds to the diet. Second, if the child shows a response, then provocation and elimination are used to determine which foods cause a reaction. This step may take 1.5 years. Finally, the therapy consists of avoiding certain foods that trigger ADHD. These ‘trigger foods’ can be different for each child.

Despite the major effect of the few-foods diet, the authors of the PLOS ONE article do not recommend using the diet on a large scale for children with ADHD. This is because the few-foods method is a complex, long-term approach that requires highly motivated parents and children. Further research into the mechanism underlying the few-foods diet is therefore urgently needed. For example, what is the role of the intestines and intestinal bacteria (the microbiota), what is happening in the brain, and are there biomarkers that can be detected in the blood or urine?

More research into the mechanism underlying the effect of nutrition on children with ADHD can lead to a simpler procedure for diagnosing food-induced ADHD. As a result, this procedure could be used for all children with ADHD. In that case, children whose ADHD is triggered by certain foods could be treated with a personalised diet or with medicines that affect the intestinal microbiota instead of medication. Future laboratory studies could potentially identify children that are hypersensitive to certain foods, which would make the few-foods diet redundant. The results of further research[1] could provide an important and innovative contribution to our knowledge about ADHD. 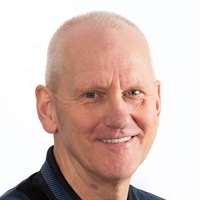