Under the direction of Wageningen Marine Research, a group of European researchers has developed a method to restrict the impact of different types of fishing gear on the seabed. Together with the fisheries sector, they investigated which technical innovations could reduce the damage to the seabed. In the flatfish fishing sector the transition from beam trawl fishing to pulse trawl fishing could reduce the impact on the seabed by approximately 50%.

The research was conducted as part of the five-year European research project BENTHIS, in which 33 partners from 12 European countries are taking part. The BENTHIS assessment methodology is currently being used by ICES to monitor the impact of trawling fisheries and to advise the EU and its member states.

As part of BENTHIS, the researchers identified the percentage of European seabed that is being fished. Fishing activities in European waters were shown to be highly concentrated in core fishing grounds. In the Norht Sea, 90 per cent of all fishing activities between 2010-2012 took place on 45 per cent of the seabed. Just 37 per cent of the seabed was not fished at all. For other management areas, the percentage untrawled seafloor ranged between 1-47% for the depth zone from 0 to 200m.

The impact of trawling on benthic ecosystems is a combination of fishing intensity, the types of fishing gear used and the sensitivity of the seabed. The deaths of benthic organisms caused by trawling are coherent with the depth of penetration of the fishing gear. The sensitivity of the seabed to trawling is deternined by the life span of the benthic community. Organisms with a short life span recover quickly, while those with a longer life span recover more slowly. Dynamic areas are predominantly populated by short-living organisms, while stable area are populated by organisms with a longer life span.

What is the impact of fishing with trawl nets?

In the dynamic areas where the seabed is unstable because of the strong current and the turbulence experienced during storms, trawling has no demonstrable negative effect on the variety of benthic organisms. In the more stable areas, there is a discernible negative effect on species diversity.

The BENTHIS methodology demonstrates that in the North Sea fishing with otter boards for Norway lobsters (langoustines) has the largest impact on benthic life. This influence is nearly twice as big as using otter boards for roundfish fishing and beam trawl fishing for flatfish. Danish seine fishing, shrimp beam trawl fishing and fishing for sand lance have a limited impact on benthic life.

Technological innovations reduce the impact of fishing on the sea bed. ‘With the BENTHIS method we demonstrated that the transition from beam trawl fishing with tickler chains to electric pulse fishing with electrodes reduces the disturbance to the seabed by approximately 50 per cent,’ explains Adriaan Rijnsdorp from Wageningen Marine Research who headed up the BENTHIS research. ‘This is due to the lower fishing speed, which means that a smaller area of the seabed is fished, and because of the reduced penetration.’

The otter boards used for roundfish and langoustine fishing activities can be replaced by floating boards that have limited or no contact with the seabed. Replacing trawling nets with standing fishing gear such as traps can help certain fisheries reduce the impact on benthic life. An added advantage of innovations is that the limited effect on the seabed is accompanied by energy savings.

The BENTHIS-related research also investigated how different seabeds could best be managed. The research indicated that reefs and coral reefs and vulnerable shellfish reefs can best be protected by creating closed areas. Protecting extensive areas with a soft-bottom habitat can be achieved by using environmentally friendly fishing methods and shifting fishing activities from peripheral to core fishing grounds. The implementation of habitat quotas is also a valuable tool achieve this. According to Adriaan Rijnsdorp, ‘Research is still necessary to ascertain how to translate this type of management system to each specific area and type of fishery in practice.’ 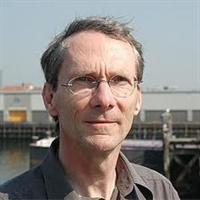 Do you have a question about the maintaining benthic life? Ask our experts: dr. AD (Adriaan) Rijnsdorp
Contact form + Show more (1)