Currently, two ENP researchers are on Curacao to conduct research on sustainable coastal tourism. PhD researcher Jillian Student and Associate Professor Machiel Lamers investigate how various tourism entrepreneurs interact and respond to unexpected changes in the coastal system. Together with Professor Filomeno Marchena, an expert on sustainable water use and production of the University of Curacao, they held a series of lectures on the sustainability of coastal tourism last Friday. 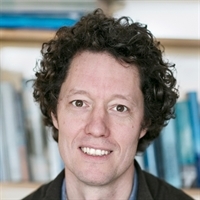 The event, organized by Mr. Xiomar Pedro at the University of Curacao was sponsored by the Curacao Tourism Board and attended by about fifty researchers, policy makers, tourism entrepreneurs and other interested parties. In his lecture, Prof. Marchena emphasized the importance of water saving in the tourism sector. Tourism is a very water-intensive sector whose development in the dry ABC islands has been promoted by large-scale investments in seawater desalination technologies. Clean water from the tap is taken for granted by many residents, entrepreneurs and tourists on the islands, but is met with considerable social and environmental costs. Prof. Marchena gave several examples of innovations that can promote water saving in the tourism industry.

Dr. Lamers discussed the changes and challenges of coastal tourism from the perspective of global influences. Caribbean coastal tourism can be seen as very vulnerable to the versatile effects of climate change. In addition, Dr. Lamers illustrated the power of transnational networks in the cruise industry in the regulation of cruise ships and tourists based on recent work of ENP PhD candidate Linde van Bets on the sister island of Bonaire. Both examples emphasize the importance of cooperation between government, private sector and other organizations, both on Curacao and in the wider region.

Jillian Student shared her insights on how changes in the coastal system arise through the interaction between tourism actors and their natural environment, and how challenges are enhanced by climate-related factors, such as hurricanes, coral bleaching or the unexpected washing up of huge amounts of seaweed. Her main message is that changes are unavoidable, but that actors can proactively think about possibilities to increase our adaptability and restore the resilience of the coastal system.

Following the lectures, the presenters engaged in discussions with the public on key differences with other Caribbean islands, current environmental and land use policies, the role and importance of nature and the environment in professional tourism education and recent research. The afternoon was concluded by Xiomar Pedro with a plea towards the new Curacao government for more research aimed at the sustainability of coastal tourism. Jillian is on Curacao until May 20 to conduct interactive sessions with coastal tourism actors by means of a serious game, allowing participants to experience changes and provide important data for her PhD research.