Recent PhD studies demonstrated the genetic basis of the bantam phenotype in Dutch traditional chicken breeds by using a variety of genomic analyses. Dwarf chickens (bantam) have become an important component of the large diversity of Dutch chicken breeds, which encompasses a recent history of human-mediated crossbreeding. In the last century miniaturising of existing large chicken breeds has become popular.

To identify dwarf causative genes, the studies focussed on two types of dwarfism in chickens, the autosomal dwarfism and the bantam. Results include novel candidate genes responsible for dwarf phenotypes. Results furthermore show how human-mediated crossbreeding has influenced the genomic landscape of Dutch chicken population in a complex manner. The neo-bantam breeds are considered as new breeds, but with a high proportion of shared alleles with the large breeds.

Interestingly, the genetic basis of some of this variation has evolved in other bird species through parallel evolution despite their divergence from chicken millions of years ago. Genome mapping and differential gene expression analysis identify novel candidate genes responsible for the bantam phenotype. The results further demonstrate the heterogeneity of this trait and the signalling pathways involved in growth.

Overall, the findings of these theses show that genetic diversity should be characterized from both a demographic and functional perspective to best manage populations and genetic resources. The use of DNA markers to inform breeding programmes on potentially harmful homozygosity and the potential loss of genetic diversity is useful. 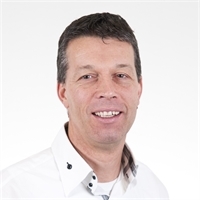 Do you have a question about dwarf phenotypes in Dutch chicken breeds? Ask one of our experts: dr. RPMA (Richard) Crooijmans
Contact form + Show more (1)